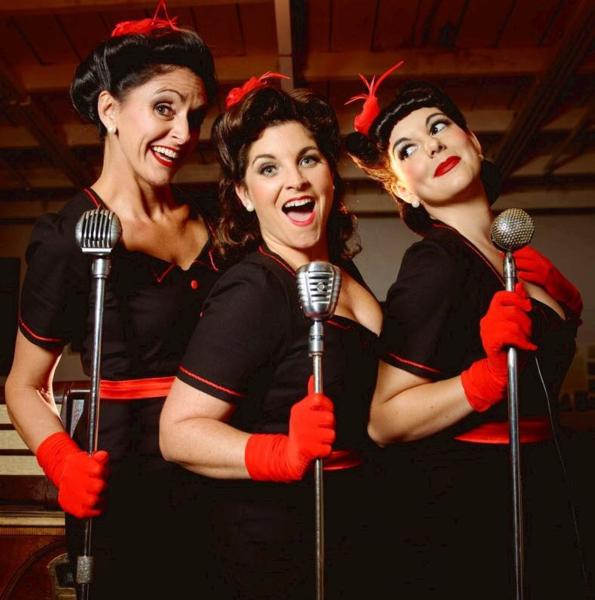 The second He Says She Says fundraiser production by Blackboard Theatre Collective (BTC), hits The Piano stage this Saturday.

He Says, She Says brings outstanding Christchurch theatrical talent together, with all artists donating their time to this year raise money for The Champion Centre.

Co-director of BTC, Ben Freeth, says the spectacular evening of entertainment will feature more than 50 local performers, each singing songs originally sung by the opposite sex.

“Think about “Let It Go” (from Frozen) being sung by the guys or “Luck be A Lady Tonight” (from Guys and Dolls) being performed by the women – I know the audience this Saturday will enjoy it as much as the performers,” he says.

The inaugural show last August was a huge success and the whole cast is looking forward to this weekend. The Starlets (Georgia Kate Heard, Sarah Kelly and Sarah Greenwood Buchanan) will be taking on “Luck Be A Lady Tonight”.

“The Champion Centre does amazing work so that’s front and centre in our minds,” Georgia says. “We also know that it’ll be a fantastic night out. The talent in Christchurch is world class and I would encourage people to come along to be entertained and do something good for the community at the same time.”

Although all performers have been rehearsing for quite some time, everyone comes together for the first time on Saturday to rehearse before the evening.

“We have been rehearsing in Sarah’s little garage,” says Georgia. “It’s been a bit nippy but we soon warm things up,” she says with a laugh.

Note: Nomi Cohen (one of the co-directors of Blackboard Theatre Collective) is performing and her mother Dr Susan Foster-Cohen is the Director of the Champion Centre

Max Aldridge who went through The Champion Centre will be performing on Saturday.

About The Champion Centre:

The Champion Centre provides early intervention services to infants and young children with disabilities in the Christchurch area.  Using a holistic, family-centred approach, The Champion Centre supports children in a variety of ways including with physiotherapy, speech and language therapy, and music therapy, making sure these children get the extra help they need to reach their full potential.

The Champion Centre is only partially funded by the government and has a large financial shortfall, which is why we want to do our bit – says Ben.

Book your tickets now for He Says, She Says and help these wee champions!  Book tickets here

Tickets are $30 pp, the show starts at 7:30pm and runs until 10pm (with an intermission) and is at The Piano on Armagh Street – plenty of parking available.