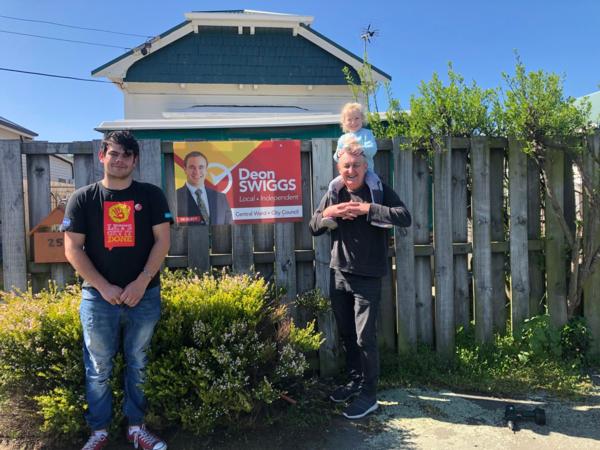 Cr Deon Swiggs is urging people, particularly in his Central ward, to get out and vote in the local body elections.

“I care about the city and I care about democracy, and it saddens me that voter turnout is so low at the moment … particularly in my own ward. So my message is vote. I’m not saying you have to vote for me, just think about what values and issues matter to you and vote accordingly.”

He says he’s been moved by the support he’s receiving – particularly from his campaign team.

“This would be a very easy time for people to write me off and walk away. Instead I’ve had people offering to put hoardings on their fences, others asking to distribute my fliers or help in any way they can.

“I am especially grateful to Hayley Guiletta (pronounced Gool ee etta) and Evan Smith who have stepped up to manage this side of things so I can focus on working on the investigation alongside my senior legal counsel, Mr Phil Shamy.”

Swiggs says the reasons he ran and was elected to the Central ward in 2016 have not changed.

“I remain dedicated to Christchurch, the central city and its people. The central ward needs a councillor who is prepared to roll up their sleeves and work hard – the rebuild is far from finished, there are numerous traffic issues and we have the highest number of homeless people in Christchurch.”

“So, once again, Christchurch get out and vote. We’re on track for the lowest ever turnout, let’s make it the highest. We have an amazing city and this is your chance to ensure the right people are in place to lead it for the next three years.”