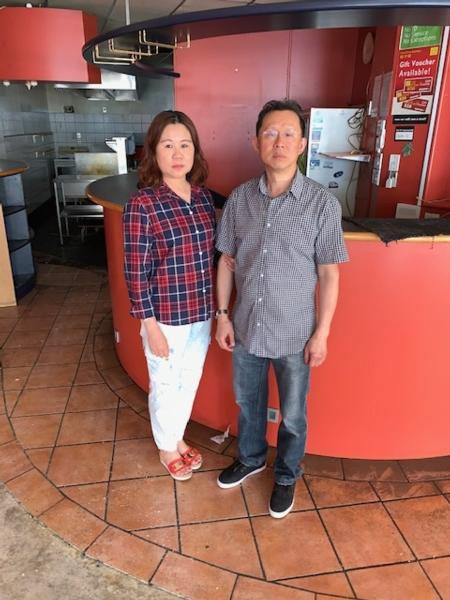 Stella and Wesley Li of The China Kitchen in Papanui, Christchurch CREDIT: Supplied

The China Kitchen Looking For A New Home.......Again

Christchurch restaurant, The China Kitchen, which closed as the result of a fire in early November, is looking for new premises.

Damage at the Papanui eatery (famous for its dumplings and Sichuan Chicken) has been more extensive than first thought and owner, Stella Li (pronounced Lee) says this means they will not be able to return by the end of November as they had hoped.

“We have been told that it will be a number of months until we can get back into our premises. So, we are looking for somewhere new,” she says. “We would prefer somewhere in Papanui as people know where we are, and we like it here.”

After the February 2011 earthquake in Canterbury, it was eight months before The China Kitchen was up and running again. Stella and her husband Wesley say it is thanks to their wonderful customers and yummy food that the new location in Papanui took off so quickly.

“We must ask for support again from our loyal customers as we look for premises – new or temporary – all options are on the table,” says Stella.

One thought is that a new or refurbished building which has a fitout complete and ready for a restaurant, could be perfect.

“The China Kitchen comes complete with a great profile and reputation, as well as a loyal customer base,” Stella says. “We come as a complete package. We would really love to be up and running again as possible for the holiday period and beyond.”

Background – from Wesley and Stella

We first opened The China Kitchen on Hereford Street, in Christchurch, in 2001 with our dumplings and Sichuan Chicken quickly becoming our signature dishes. We enjoyed 10 fantastic years in the CBD serving businesses, locals and tourists alike before the February 2011 earthquakes forced us to close for an extended period of time. While we awaited the fate of our restaurant, we took the opportunity to revise our menu and the Chinese restaurant experience.

Quickly we had a strong following and successful business once more. Now, we start a new phase in our journey.