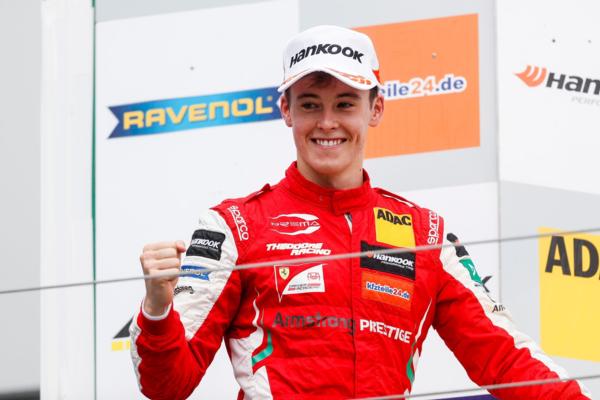 ARMSTRONG STEPS UP TO FIA F2 WITH ART GRAND PRIX

“Marcus’s profile fits perfectly with the philosophy of our company and race team and we are happy he is joining us in Formula 2 because I think that between his race approach and his adaptation skills, he will be able to fight for the front positions.

Mr Phillippe says with just three seasons in open wheeler under his belt, Marcus has notched up significant achievements.

“The winter preparation will be crucial for the success of the ART/Marcus pairing, but I’m confident we can do great things together.”

Armstrong says he is honoured to join a team with the heritage of ART GP.

“It’s an honour to join ART Grand Prix for many reasons. Mainly because of the team’s huge history: It’s been a driving force in GP2 and F2 over the last fifteen years and a lot of F1 drivers have come from the ranks of ART Grand Prix.

“Secondly, I came to in Paris to meet everybody and my first impression is that everybody is really professional, they try to find small advantages everywhere… and there is a little pressure to be honest!

“I’m confident we can be successful together because the team wants to teach me all the right things and one of my strengths has always been to adapt to new situations. I will have to learn pit stops and race strategy, but I’m determined to do a good job straight away.”

Armstrong will join the team in Abu Dhabi for the coming three-day F2 test session. “After some preparation with simulators and computers I can’t wait to get on the track with ART Grand Prix. I want to thank them, as well as the Ferrari Driver Academy and Ferrari management for giving me the best possibility to enter into Formula 2.”

He will spend a bit of time in NZ over the summer period, but will return to Europe quite early to do some jobs with Ferrari and ART.Armstrong remains a member of the Ferrari Driver Academy and will be based at Maranello.

“I am setting myself some high goals for the coming year. I want to make a step within myself next year and I think we can do a good job - especially being in the team that has taken the last two drivers’ championships.”

The Christchurch born 19 yr. old started racing in single seaters when he was just 16, the same age he became a member of the prestigious Ferrari Driver Academy. The following season, he took his first championship title in the Italian F4 championship and was second overall in the German F4 Championship. In that first full season in ‘wings and slicks’ motor racing, his resume was nothing short of sensational: in 2017 he was Champion in F4 Italy, runner-up in F4 Germany and 4th of the Toyota Racing Series for a total of 10 wins and 32 podiums. In 2018 he led the FIA F3 European Championship for almost have the season. This year, he finished runner up in both the FIA Formula 3 Championship and the Toyota Racing Series, winning races in both.