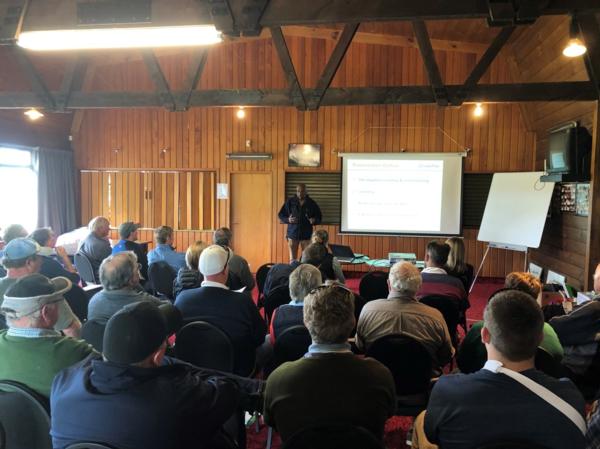 “While you might be feeding 10 stock units per hectare (su/ha) above ground, you need to feed the equivalent of 250 su/ha beneath it,” says Eurofins expert soil scientist, Hamilton based Dr Gordon Rajendram, talking about the multitudes of soil microbes essential to soil, plant and animal health.

Gordon has been hard at work advocating for the use of fine-grind nutrients blended in suspension as the most effective way to deliver the right elements in the right quantities. “The importance of soil and herbage testing can’t be overstated. At less than 1 percent of your total fertiliser costs, it is a cost-effective investment,” advises Gordon. All tests give you information but some tests which are not tested correctly and regularly are anion storage capacity, or ASC (the P & S retention test), cation exchange capacity (estimates soil’s ability attract, retain and exchange cation elements) and base saturation, which measures the ratio of four key nutrients (cations) to each other.

“P used to be the main focus for New Zealand soil fertility, but that has changed. N is now seen as the most limiting nutrient – in combination with soil temperature and moisture,” adds Gordon.

“What farmers don’t realise is that, there is a lot happening below ground. Soil leaching, which in general can take away $160 worth of nutrients per hectare per year, mainly happens between April and October,” says Gordon. So, it’s easy to see the importance of soil and herbage tests to see what is going on.

Gordon also gave the example of a Northland farm that actually had a very low ASC value but was nonetheless applying heavy doses of soluble P. “Most of it was going straight out to sea. Once we did the testing for them we saved them hundreds of thousands in wasted fertiliser,” comments Gordon.

Lastly, Gordon also describes that “dairy farms probably need only about 13kg/ha of P per year, but more than 70kg/ha is sometimes applied, leading to big wastage. Likewise, a farm applying 400kg/ha of N may be losing a quarter of that through leaching, at a cost of more than $100 a hectare.”