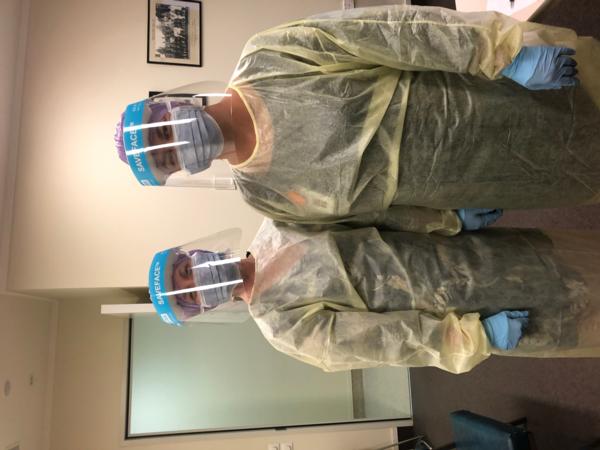 That’s how the Chief Executive of the College of Midwives, Alison Eddy, is describing the midwives of Aotearoa today on International Day of the Midwife.

The day is even more significant in 2020 as is it is also the World Health Organisation’s International Year of the Midwife.

“With around *6700 babies born during Alert Level 4 and 3 in New Zealand (up to May 5th), midwives have not missed a beat,” says Ms Eddy. “Babies don’t stop being born because we are in lock down”.

The value and importance of New Zealand’s midwifery-led maternity model has been very clearly highlighted during the Covid-19 pandemic, as it has ensured ongoing seamless care for women, from midwives both in the community and in hospitals.

“We see this time and time again,” Ms Eddy says. “It happened during the Canterbury earthquakes; midwives just get on and do the essential work they are educated to do. Stepping outside their own family bubbles, community and hospital midwives have worked together closely to ensure that women and babies received the support and care they needed. For the dedication and commitment that you have shown, we salute you all.”

Alison Eddy says many women have been keen to avoid unnecessary contact with hospitals during this period, and our midwifery-led maternity model of care has enabled this to happen. For example, a significant increase in the number of requests from women for homebirths over this period has demonstrated the ability of the midwifery-led service to adapt to women’s changing needs.

In hospitals, employed / core midwives support their community-based midwife colleagues by ensuring critical acute care is available. This further demonstrates how the maternity system works so effectively as a whole, ensuring women’s needs are at the centre of what midwives do.

“Today especially, we celebrate the incredible and indispensable work of both our community and hospital-based midwives. They are a key workforce playing a fundamental part in the health and wellbeing of our women and babies, and are present at the start of virtually every life. We continue to call for improvements to resourcing for both our hospital and community-based workforces, so this important time in the long-term health and wellbeing of families is recognised by politicians and policy makers alike. Sadly however, women’s health remains at the bottom of the funding barrel and this has to stop,” says Alison Eddy.

Two special videos are now live - one thanking midwives for the outstanding work they do every day (see here) and another celebrating the specialised work of midwives (on You Tube here https://www.youtube.com/watch?v=84sO6Vqb6e0&feature=youtu.be).

This year’s International Day of the Midwife falls as the College of Midwives continues to raise issues relating to a lack of pay parity for community midwives who are working for up to 26% of the time “for free” (identified in an NZIER report released in March 2020).

Late last month the College said it was “baffled” at being ignored for reimbursement of Covid-19 incurred costs when other frontline health workers were receiving significant funding packages.

There is a separate pay equity claim for DHB employed midwives in progress with the work being led by MERAS (the midwives union). MERAS is affiliated to the College of Midwives

A number of well-known New Zealanders are also publicly showing their support for midwives - these will be launched today and be released over the rest of the year.

• Has a specialist Bachelor of Midwifery degree requiring 4,800 hours of study, the equivalent of four academic years

• Cares for women throughout pregnancy, labour and birth and until their babies are six weeks old

• Works closely with doctors, other health professionals and community support agencies as part of the maternity team

• Holds an Annual Practising Certificate (APC) from the Midwifery Council, the regulator operating within the framework that governs 13 other health professions under Health Practitioners Competence Assurance Act

There are around 3,200 practising midwives in New Zealand, most providing maternity care to around 60,000 New Zealand women and their families each year and several hundred involved in other roles such as midwifery education and research.

Approximately 1300 midwives work in the community as LMCs usually within small midwifery group practices of between four and six midwives.

Approximately 1500 midwives are employed in maternity facilities. They are called “core” or hospital midwives.

Most women choose a community-based, LMC midwife as their main maternity carer for pregnancy, labour, birth and for up to six weeks after the birth. LMC midwives accompany women under their care to hospital or birthing units to give birth, assisted by core midwives.

Women who remain well during pregnancy and do not have complications may choose to give birth at home. They will be attended by their LMC and a back-up midwife colleague.

Midwives work in a relationship-based, partnership model providing, on average, 21 midwifery consultations to a woman across the course of care.

Midwives play a key role in preparing families for parenting and promoting health and well-being, through their role in health education and preventative care.

This preventative work includes smoking cessation, healthy eating/nutrition, breastfeeding, mental health and wellbeing promotion, immunisation and more, as well as linking women and whānau with other support services as needed.

International evidence confirms that midwifery-led continuity of care maternity models result in better outcomes for women and babies, particularly women who are socio-economically disadvantaged. These outcomes include:

• a reduction in unnecessary interventions, in particular, caesarean sections

The New Zealand College of Midwives

The New Zealand College of Midwives (the College) is the professional organisation and recognised ‘voice’ for midwives and student midwives in New Zealand. (www.midwife.org.nz).

The College represents more than 90% of all practising midwives and works in partnership with maternity consumer groups such as Plunket, Parents Centre New Zealand, the Home Birth Association and La Leche League to ensure high quality maternity services in New Zealand.

The College sets and actively promotes high standards for midwifery practice and assists midwives to meet these standards through involvement in midwifery education and the Midwifery Standards Review process.