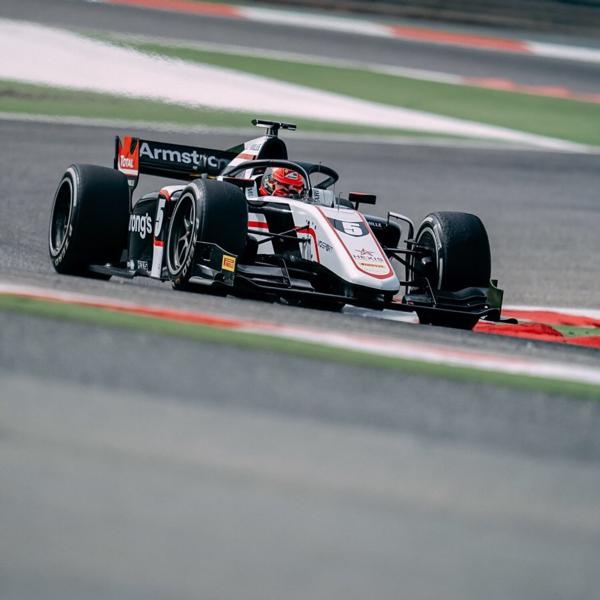 KIWI ARMSTRONG FLIES FROM 13TH TO SECOND IN FORMULA 2 DEBUT

Kiwi Marcus Armstrong has made a sensational start to his Formula 2 campaign with the ART Grand Prix team, fighting back from a frustrating 13th - fastest in qualifying to finish second in the opening race of the season at the Red Bull Ring in Austria.

Armstrong (19) fought his way through the field and past his 2019 Prema team-mate Robert Shwartzman to close on leader Calum Ilott, then held position as he came under attack from Robert Shwartzman.
British driver Ilott had likewise defended from Mick Schumacher and Guanyu Zhou during the race to take his maiden F2 win.

After qualifying 13th in a session interrupted by multiple red light as other drivers crashed off the circuit, Armstrong made a perfect start and as he swept up through the field, Ilott – who is his flatmate at the Ferrari Driver Academy – jumped into the lead. Pole holder Guanyu Zhou was slowed by wheelspin but fought back to contest the lead as did Mick Schumacher. Both struck late-race trouble, Zhou slowed by mechanical/electronic issues and Schumacher spinning off the circuit to rejoin tenth.

Race strategy was key: an early decision by Armstrong and his team to switch to the harder Pirelli tyre proved correct, enabling him to carve through to hold second overall with his tyres in good condition, four seconds behind leader Ilott who was busy defending from Schumacher until the latter’s high speed off-track slide.

“We thought we had a pace advantage so I more or less pushed. Obviously, I didn't go all-out because it is a very long stint, but to be honest it went exactly as I predicted. I expected to struggle in the last five or 10 laps, but I think that if I did it again, I probably wouldn't do anything differently because it worked quite well. I don't think we could have really got much more out of it.”

Armstrong said Robert Shwartzman put him under intense pressure through the remaining laps, trying three times to overtake but failing as Armstrong drove a well-paced race to the end.

“It was a good feeling to finally cross the finish line. The last stint definitely was not the easiest for a few reasons. Obviously, we boxed [pitted] quite early to try and get out of the traffic. Yesterday we qualified out of position and we did predict that we'd have a pace advantage on those around us. We took a bit of a risk and it paid off in terms of strategy. As Callum said, I feel really bad for [Guanyu] Zhou because he looked really quick from where I was sitting. No doubt that he's going to be quick tomorrow[Sunday]. He'll be a factor for sure. A big thank you to ART. It's a good way to start because obviously we had very limited testing time this year in Bahrain, so every single lap that we do, the rookies, we're going to improve. It's a good way to start the season for sure.”

Armstrong is beginning his first season with the respected ART Grand Prix team, who are defending (2019) F2 champions. The Ilott-Armstrong-Shwartzman podium was also a lockout for drivers of the Ferrari Driver Academy, and all three have raced in New Zealand’s own Castrol Toyota Racing Series.

The second race of the weekend takes place today and is a partial reverse grid that puts Felipe Drugovich on pole, Armstrong starting from a much-improved P7 on the grid.