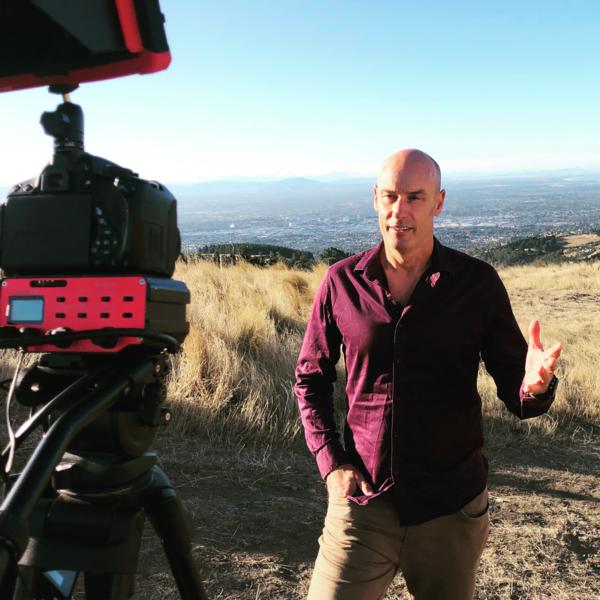 In a world filled with a loads of distractions, businesses' are engaged in a constant battle to capture people's attention, a battle his Christchurch based media & events business is aiming to win CREDIT: enthuse media & events

In a world filled with a loads of distractions, businesses’ are engaged in a constant battle to capture people’s attention, a battle a Christchurch based media & events business is aiming to win.

“It’s crazy just how busy we all get and we are hit by so many commercial messages every day it can be all a bit overwhelming,” John McKenzie, chief enthusiast of enthuse media & events says.

“Many businesses just don’t know how, or where to look when needing to ensure their products and services are being seen and heard amongst all the noise and clutter.”

McKenzie says we get hit by thousands of advertising messages every day with our exposure dependent on factors like where we live, what job we do and how we spend our time away from work.

“We as humans can only digest so much in formation,” he says. “And this saturation we now have means we become numb to many forms of advertising making it really difficult for brands and businesses to stand out.”

But McKenzie says this clutter has opened up an opportunity for a new form of advertising and marketing that combines using video with an added value story telling approach.

“I see far too many businesses going straight into the sell with their advertising and marketing efforts and that just doesn’t work now, in fact it will work in reverse and even turn the potential buyer off. The key is to add value and educate and tell stories about your brand or business that builds understanding and trust and video is the best way to do that.”

He stresses that video storytelling works and is the most powerful marketing tool a business now has.

“Video storytelling is so much more than a sales pitch as it focuses on a story rather than a product,” he says.

“It is immersive and powerful and is very effective in driving engagement. They key is developing a series of video’s about a business that transports and touches people, simplifies information and provokes an emotional response with stories aimed at creating deep emotional connections.”

He says more business owners are realising they need to create video content but just don’t know how to get started, thinking they don’t have enough time, are worried about filming themselves, don’t have the skills or a decent camera or think it’s too expensive.

“That’s just not the case. Social media now means we all have the opportunity to run what is essentially our own television stations, and those TV stations don’t take much money to set up and run but need content and that content needs to be developed and planned so I saw an opportunity.”

With a background that includes experience fronting television programmes and producing corporate videos, time as a journalist along with media coaching, PR, marketing and acting McKenzie and his business enthuse has launched VAM, VIDEO ACCELERATED MARKETING.

“We still offer high level video production but with VAM we offer three levels of affordable ongoing support so our clients can make video a vital and compelling part of promoting and profiling their business. Every plan includes editing support and script writing and we’re here to help them look and sound great with coaching as well.”

The key he stresses is VAM is aimed at telling stories and adding value about businesses, regularly. It is not highly polished perfectly produced video content but effective consistent, authentic and real footage of people talking about their business aimed at social media channels.

“It really does mean anyone can have their own TV station, but you need good content and a good plan and we’re here to help.”