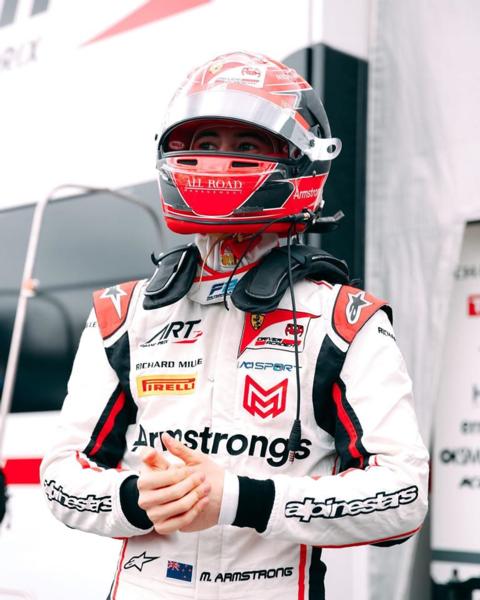 New Zealander Marcus Armstrong is readying himself for a charge at this weekend’s Silverstone round of the 2020 FIA Formula 2 Championship.

Celebrating his 20th birthday this week has taken second place to preparation for the weekend’s racing and with good reason: Armstrong is sixth in the championship and looking for more.

He has a challenge ahead of him: traffic frustrated the Ferrari Academy driver who was slowed when he encountered slower cars during his fast laps and he finished nine-tenths off the pace of pole man Felipe Drugovich.

That places him in position 15 on the eighth row of the grid, splitting the field of 22. It’s a position he has made the best of in past rounds, including the epic sprint from P19 in the sprint race during the previous round at Hungary that netted him ninth overall.

This is the first of two consecutive weekends at the British track as the premier motorsport categories continue a compressed season in response to the Covid 19 pandemic.