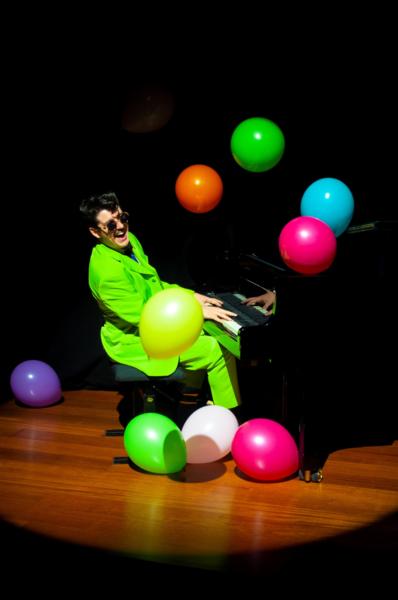 For the third consecutive year, Blackboard Theatre Collective (BTC) is bringing He Says, She Says back to Christchurch audiences.

On Saturday 22nd August, He Says, She Says will see artists donating their time to perform songs originally written for the opposite gender, and every year, a fresh selection of popular songs is presented. This year, performers will belt out powerhouse numbers including “Lady Marmalade” (Moulin Rouge), “Big Spender” (Sweet Charity) and “Always Look On The Bright Side Of Life” (Monty Python’s Spamalot).

General Manager of BTC, Jeremy Hinman, says this year the spectacular evening of entertainment will feature more than 70 local performers, accompanied by a live band, and judging by previous years, it’s likely to be sold out.

“In this current challenging COVID environment, we are finding that audiences are enjoying being out and about. We are so fortunate in New Zealand to have that freedom, and all of our recent productions have experienced very strong audience turnout.” He says. “We always really enjoy putting on He Says She Says as it’s such a fantastic opportunity to unite the strong Christchurch theatrical community and raise funds for a deserving local charity or organisation.”

Last year He Says She Says raised over $5000 for The Champion Centre.  This year all proceeds will be going to The Piano, which provided free venue hire for last year’s production, and has helped artists get back on their feet by offering free venue hire over the last couple of months.

Fergus Inder, Fundraising Coordinator for BTC, says the ongoing support and generosity of The Piano has been invaluable.

“Their generosity has been instrumental in the establishment and growth of our own company, and  they have also oﬀered free venue hire for the past couple of months to help get artists back on their feet and help ensure the arts are thriving again in our city.”

He Says, She Says - Saturday 22nd August. Book here or at courtheatre.org.nz/blackboard

Tickets are $30 pp, the show starts at 7:30pm and runs until 10pm (with an intermission) and is at The Piano on Armagh Street – plenty of parking available.

With Musical Direction by Andy Manning