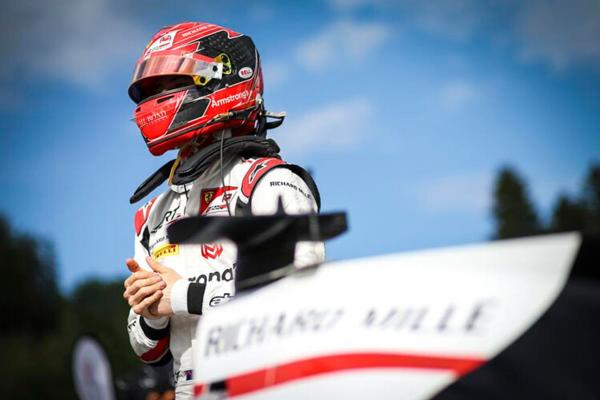 DETERMINED ARMSTRONG ONCE MORE BATTLES THROUGH THE F2 FIELD

Kiwi Marcus Armstrong has once more put in a gritty drive in the latest round of the FIA Formula 2 Championship.

Knocked off the track at the fourth turn of race one and stranded in a sand trap, he was then forced to start off the back of the grid for race two of the weekend’s FIA Formula 2 round at Circuit de Barcelona-Catalunya in Spain.

His fight back in that second race put no less than six of his rivals behind him at race end.

After two difficult weekends at Britain’s famous Silverstone circuit, Christchurch-born Armstrong (20) was aiming to turn the corner and post good results in Spain but had no chance when he was nudged off the track in a multi-car tangle on the opening lap of Saturday’s race.

Because the first race sets the grid for Sunday’s sprint race, Ferrari Driver Academy member Armstrong then faced a start off the last row of the grid.

He made a blisteringly fast start and fought his way in a determined drive through to 15th place at the finish having run as high as 13th and pressured Artem Markelov for 12th over the course of several laps.

His tyres were well past their best when he crossed the line.

The weekend’s events have seen Armstrong drop just one place on championship points due to similar troubles affecting several of his rivals.