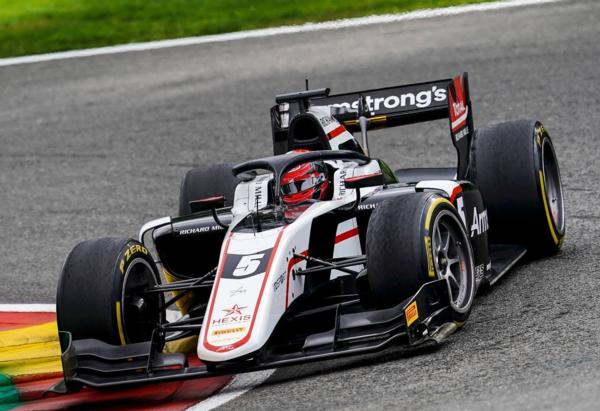 No luck at Spa for Armstrong CREDIT: FIA F2 official

Marcus Armstrong may have avoided mayhem on Saturday to finish 13th in the first race at the Spa round of the 2020 FIA Formula 2 Championship but the second race brought new frustration for the Kiwi driver.

His car’s onboard fire extinguisher went off before the race got under way and he was sidelined, unable to race. The car’s engine shut down and he could only watch an incident-filled sprint race that ended Callum Ilott’s run at the top of the points table.

This weekend, the F2 teams and drivers were paying tribute to promising F2 racer Anthoine Hubert, who died at Spa in a crash last year. The F2 field now travels Monza in Italy for Round 8 of the campaign. Armstrong is hoping for a change in fortune at the Italian circuit, which is one of his favourite places to race.