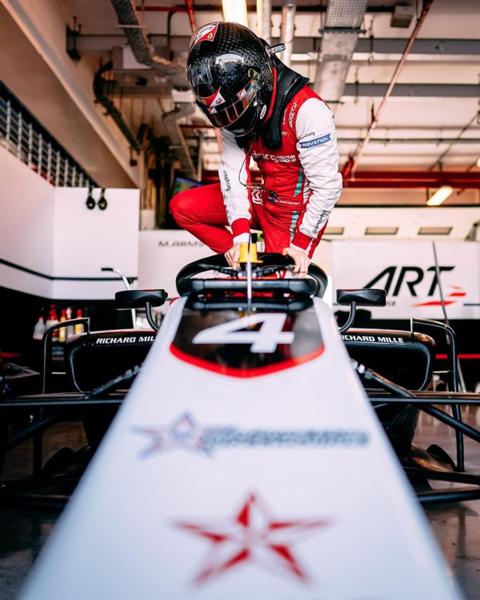 Armstrong stays the distance at Monza

Fifth fastest in practice, P15 in qualifying and P14 in the feature race: Kiwi Marcus Armstrong has had to dig deep to stay the course at the Monza round of the 2020 FIA Formula 2 Championship.

He ended up 15th fastest of the 22-strong in qualifying, denied a chance to improve when Mick Schumacher slid his car into the barriers and forced an early end to the session.

Armstrong then started the 30 lap, 173 km feature race on the 5.8 km Monza circuit alongside Marino Sato and was soon inside the top ten, showing signs of his natural speed in an incident-filled race. Frustratingly, he was penalised after a close call between his car and that of Guanyu Zhou.

The Kiwi started the second ‘sprint’ race over 121 km from 14th on the grid with Nobuhiro Matsushita alongside him. Mid-field starts are fraught with risk as drivers push hard for advantage and to stay in contention, and Monza was no different as Armstrong was forced into an early pit stop to check damage to his car. From there he rejoined down the race order and with no safety car intercessions to bunch the field could only hold position and stay the distance.

He finished 18th and heads for next weekend’s ninth round at Mugello determined to maximise his performance as ART Grand Prix work to provide him a car with a competitive setup.