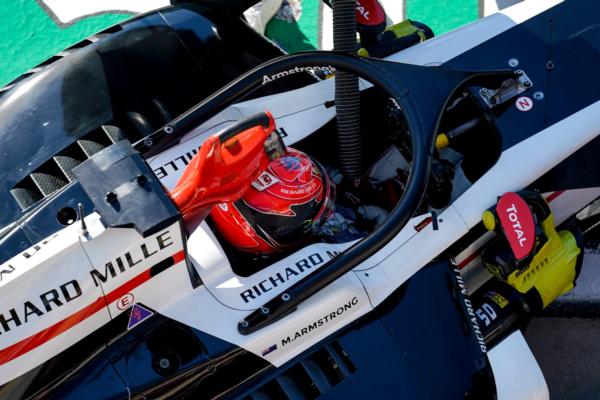 Kiwi racer Marcus Armstrong and the FIA Formula 2 field face a fresh challenge this weekend: a circuit the championship has not visited before.

The Italian FIA Formula 4 championship – won by Armstrong in 2017 - has raced there. But compared to F4 cars the 2020 Dallara/Mecachrome F2 car is massively faster and more complicated.

Added to the challenge this weekend are the need to manage the championship’s new-for-2020 18-inch wheel/tyre package; a narrow ‘window’ of peak performance available from the Pirelli tyres used by the championship; the carbon-carbon brake setup used in F2 and rookie drivers also dealing with the bigger heavier cars with more aerodynamic grip than they have raced with in F3.

Reaching a competitive setup thus places emphasis on the engineer’s ability to deliver the driver a car fit for the task. All treams will be tasked to establish baselines for the 2020 cars from scratch.

The weekend is also historic at the premier level - the F1 race at Mugello (Ferrari’s ‘home’ circuit) is Scuderia Ferrari’s 1000th race in the F1 world championship. It will be known as the Tuscan Grand Prix and

The 2020 F2 cars are the technological successors of GP2 and just a short step from F1.

In Saturday’s feature race the field will complete 33 laps of the 5.245 circuit, which has only one DRS zone. The DRS system is electronically-activated and gives pursuing cars a temporary reduction in drag and downforce by changing the rear wing setting; this enables a driver to close in on and potentially overtake the car they are chasing.

The grid for Sunday’s 23 lap/120.5 km sprint race is based on the finalised finish positions for Saturday’s race, but has an eight car reverse grid, meaning the driver who finishes eighth on Saturday is on pole for the Sunday race.