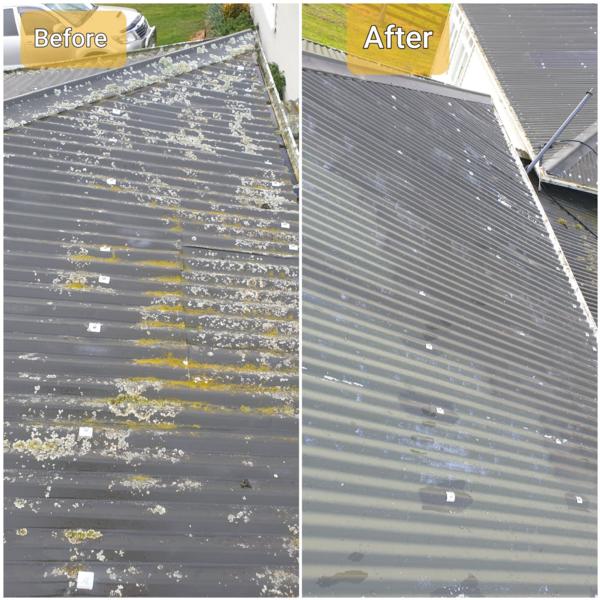 The dangers of letting the mould grow on your roof with Rotorua's leading business and house washing service, Exterior Washing Services.

Dark in appearance, mould is often mistaken for dirt, as such people will tend to ignore it. But left unchecked, mould can pose a serious threat to the structure of the home as well as potentially affecting the health of those that live inside says Rotorua’s leading business and house washing service, Exterior Washing Services,

Mould is a living growth that will spread throughout the outside and inside of your home at a rapid spread which makes it very annoying and hard to deal with. “Because mould spores are small, they can typically move through and into areas that you might not expect, such as between pieces of siding and between roof shingles,” advises Johnny.

“Mould retain moisture leads to roof leaks, this in turn then creates holes in your roof which cause your roof to rot,” adds Johnny. Once the mould has become noticeable, the stains will continue to worsen. The early you catch it, the better you will be able to deal with it.

As well as being nasty to look at and reducing your homes curb appeal, mould can have a negative effect on your health. Inhaling mould spores can inflame the airways which cause deep nasal congestion, wheezing, chest tightness, coughing and throat irritation. Prolonged mould exposure can reduce lung function and cause ongoing health problems such as asthma.

Pressure washing is a great way to get rid of the mould and makes it very hard for mould to set back in. Dedicated to providing exceptional results, Exterior Washing Services uses low pressure, non-toxic solution to wash away all dirt, dust and mould for an instant clean of both residential and commercial properties.