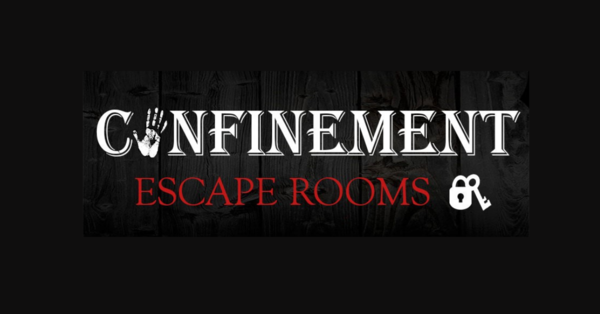 Hamilton-based Confinement Escape Rooms offer an interactive adventure game experience in which players must work as a team to solve intriguing problems, work out the plot and escape before time runs out!

Centrally located at SkyCity in Hamilton, Confinement Escape Rooms are the longest-running escape room in the Waikato.

Their tenure as the Hamilton’s most popular escape room is in partly due to their wide range of escape rooms which are updated regularly so there is always something new to experience.

Locally owned and operated, Confinement Escape Rooms offers fun for the entire family. “We have a focus on making our rooms challenging and fun, rather than scary so children of all ages and adults will have a great time in any of our themed escape rooms,” says Alanah Bunyard, Director of the family-run Confinement Escape Rooms.

Confinement offers four themed Escape Rooms and can cater for 32 people across the four rooms.

Larger groups can be catered for by rotating between a game of Bowling at Bowl and Social at Skycity, the Zone bar and the Escape Rooms.

Ideal for Christmas events, Confinement Escape Rooms have teamed up with SkyCity to offer a range of options for teams looking for fully inclusive Christmas event packages which can be tailored to suit your budget and your team dynamics.

Want to spend an evening in Murdoch Manor or take a trip to Camp Amity? Each escape room contains entertaining and thought-provoking puzzles that your group must solve before your time runs out!

With summer just around the corner, make sure you check out Confinement Escape Room’s outdoor scavenger hunt! An escape room reimagined for the outdoors, this Scavenger Hunt will have you hunting around the Hamilton CBD for clues and tasks.

“A lot of people think that an escape room is scary but it’s not at all. It’s all about problem solving, with teams pondering over cryptic clues, random codes, and challenging your lateral thinking, ” says Alanah.

Confinement Escape Rooms have seen a significant increase in patronage with record attendances being experienced consequently for the past three months compared to last year. “I believe this growth has been attributed to people wanting to do something unique as a group and Confinement Escape Rooms offers a fun experience for all ages,”  says Operation Manager Serenity Zillwood.

Confinement Escape Rooms have also joined forces with the Woodlands Historic Trust to offer the ‘Woodlands Escape Dinners’, in the old Gordonton Homestead.  With either a full buffet dinner or sharing platters, this is also a great option that can provide a Christmas function with a difference.