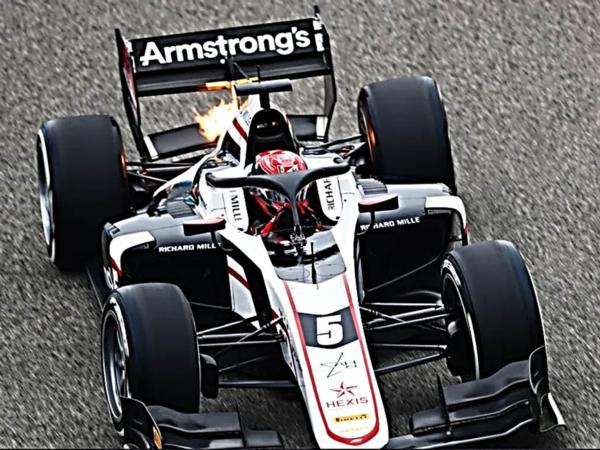 Locked in the centre of the battle for the 2020 FIA Formula 2 Championship, Kiwi race driver Marcus Armstrong has secured his third points finish of the season.

As the championship enters its penultimate round in Bahrain, Armstrong has dramatically reversed his form in the championship, qualifying fourth for the race and then battling through to be seventh at the chequered flag as the title battle played out around him.

He says his rookie year in the category has been a time for learning about the car – the fastest single-seater he has ever driven – and particularly the new-for-2020 Pirelli tyres.

Armstrong believes the difference could lie in his management of the 18-inch Pirellis. In the feature race he fought from third to second in the opening laps before dropping back towards the end.

“I think P5 was on the table for us, but we struggled towards the end when the tyres were on the edge. We need to fix our long-run tyre degradation issues. I will try to continue to improve and the team are doing their best to improve as well.”

The Championship this year had a delayed start due to the Covid 19 Pandemic and runs over 12 rounds, ending with two rounds on the Bahrain International Circuit at Sakhir.

The championship returns to Sakhir in early December for the final round but will use the shorter and faster 3.543 km ‘outer track’. It will be the first time this format has been used for Formula 2. In 2021, both FIA upper-tier championships will run at Formula 1 race weekends, alternating circuits in the premier category’s calendar.