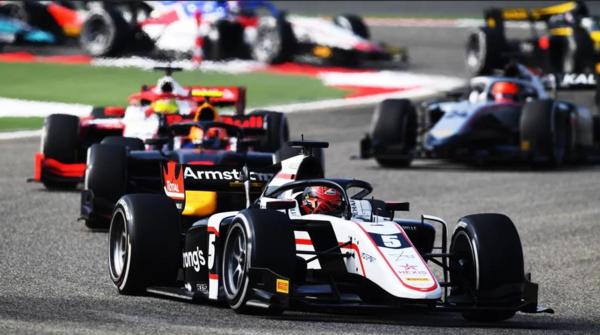 FIA Formula 2: Marcus Armstrong on the pace in F2 at Sakhir

Kiwi race driver Marcus Armstrong has finished in the points twice and narrowly missed a podium in the second of two races at the penultimate round of the 2020 FIA Formula 2 Championship.

With a long late-season break from the previous round in September at Sochi, both Armstrong and his team have been working on tyre management strategies to improve late-race speed.

The effort paid off at Sakhir in Bahrain over the weekend: Armstrong qualified fourth, scored a seventh placing in the long feature race on Saturday and then was fourth in an incident-filled sprint race.

On Saturday in the feature race Armstrong started strongly and was locked in battle with the championship contenders until the closing laps as his tyres degraded and left him with reduced grip through the circuit’s corners.

In the shorter race yesterday, Armstrong lined up on the front row and faced multiple challenges. Off the line he put early pressure on pole man Robert Shwartzman, defended against a fierce maelstrom of attacks from championship hopefuls – and had to manage his wear-sensitive tyres, mindful of the need for late race speed.

Yuki Tsunoda made contact with him in the opening laps, picking up a flat tyre while Armstrong was able to continue but fell to third overall. He fought back to second behind Shwartzman as Tsunoda pitted to replace the flat tyre, then battled through two yellow flag/’virtual’ safety car periods chasing leader Shwartzman as the race entered middle distance.

Into the closing laps, Armstrong was balancing his speed with the need to preserve his tyres. He crossed the line fourth overall, more than five seconds clear of the pursuing Guanyu Zhou who took fifth. Championship leader Mick Schumacher was seventh. Only 16 drivers from a start grid of 22 were able to complete the full race distance.

Armstrong’s performance brings him up two places in the championship points to 12th overall, just behind Briton Dan Ticktum.

The Championship this year had a delayed start due to the Covid 19 Pandemic and runs over 12 rounds, ending with two rounds on the Bahrain International Circuit at Sakhir.

The drivers and teams have just a few days to catch their breath before championship returns to Sakhir in early December for the final round. It will use the shorter and faster 3.543 km ‘outer track’ – the first time this format has been used for Formula 2. In 2021, both FIA upper-tier championships will run at Formula 1 race weekends, alternating circuits in the premier category’s calendar.