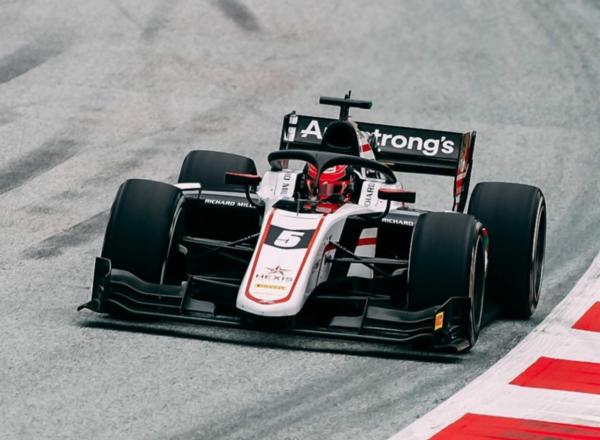 Kiwi race driver Marcus Armstrong is counting the positives of the strangest year of competition ever.

In an un-naturally compressed, Covid 19 affected FIA Formula 2 Championship, grappling with a car capable of speeds close to those in Formula One and in the first year of Pirelli’s new 18 inch tyres, Ferrari Driver Academy racer Armstrong (20) dug deep to maintain his focus and finished 13th overall on points among a 26-strong field of drivers.

During the compressed half-year season of racing, Armstrong scored two podium finishes – second and third at the Red Bull Ring events, and resurged last weekend in the penultimate round at Sakhir in Bahrain to seventh in the feature race and an excellent fourth overall in the second day’s feature race.

Though that round netted him promising results, the faster, shorter lap of the final round on Saturday and Sunday was more challenging.

With 21 other cars on track on the 3.543 km circuit, heavy ‘traffic’ made it difficult to get a clear lap in qualifying – all while managing the tyres, which give ideal grip for only a brief period.

Handed a start position of 15 for the Saturday feature race at Sakhir in Bahrain, Armstrong battled through to 11th at the flag.

Then on Sunday he finished 14th, Jehan Daruvala taking the win while championship leader Mick Schumacher had to pit to replace flat-spotted and worn tyres and finished the race 20th.

In 2021, both FIA upper-tier championships (F3 and F2) will run at Formula 1 race weekends, alternating circuits in the premier category’s calendar.