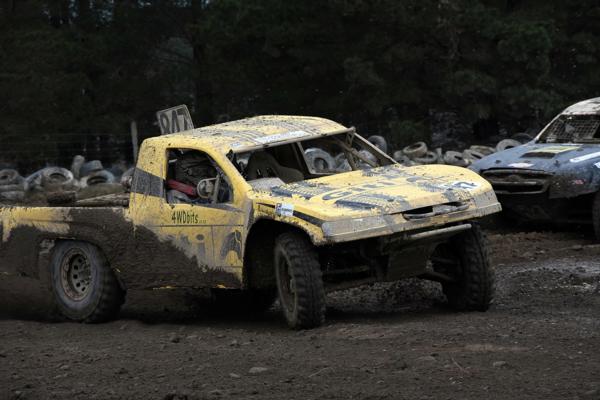 Bryan ‘Yoda’ Chang is the first southern entry in the spectacular Thundertruck class at this month’s stadium offroad racing championship in Auckland.

He is putting his rear wheel drive turbo-powered truck up against some tough opposition in a class that will have up to 15 trucks on the grid, many of them with V8 engines and four wheel drive.

“It’s going to be epic. The V8 boys race hard and there’s a lot of vehicle to vehicle contact but the Chev is the product of a lot of development time and I’m keen to get amongst it,” he says.

The Giti Tyres Chev was the first Thundertruck class vehicle to be built to American ProLite design plans. Chang relies on the truck’s light but strong construction to get him off the line as fast as the more powerful V8 truck, which are substantially heavier.

“Those guys are running more powerful trucks, they are mostly four wheel drive - so I have to be fast on the trigger when the race starts. After that it’s all on.”

The New Zealand Stadium Championship is the sport’s first national series of 2021 and the first major title of the year after Covid 19 forced the cancellation of the national championship last year.

It takes place on an all-new course in Manukau and runs over two weekends, February 13 and March 6. National titles will be awarded in each class at the conclusion of the second round. The racing at both rounds will be filmed for TV3's CRC Motorsport programme.