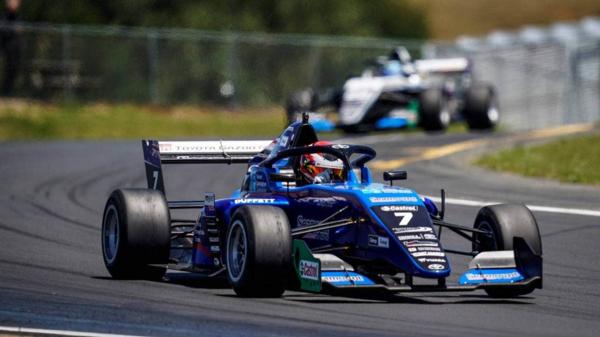 A charitable trust that provides essential support for rising New Zealand race drivers is seeking wider support from the motorsport and business communities in order to expand its work.

Trustee and former McLaren Formula 1 team member Bob McMurray says the fund “is probably the single most important instrument for helping drivers take that crucial next step in their careers.”

"The Toyota Racing Series gives local drivers a chance to compete directly against the best rising stars from Europe, the UK, Asia and the Americas. While drivers from Europe or the USA have championship opportunities literally at their doorstep, the New Zealand drivers must grapple with two further challenges: distance and money. Neither are new, but post-Covid, the difficulty of raising the finance to race at a premier level here in New Zealand is becoming a major hurdle,” he said.

Kiwi race drivers assisted by the fund have gone on to greater things in New Zealand and abroad. Chelsea Herbert is the sole exception, having broken her back in a racing accident, but she is now on the way to full recovery and has returned to motor racing.

Drivers can apply for help with their TRS engine and/or chassis lease to contest the whole championship. Potential recipients must show they can compete at an international level.

"Steve Boyce saw young Kiwi drivers unable to contest the CTRS due to financial issues. They had the talent, but not the funding," said McMurray.

"We set up the fund when we realised some very good Kiwi drivers were going to miss their chance to progress.”

“We need to ensure continual funding so we are looking to the wider motorsport or business community to invest in the future of our young racing stars. Looking to the future we’d like the fund to offer support further down the motorsport ladder and even to up and coming talent from other motorsport disciplines,” adds McMurray.

Formerly Toyota New Zealand’s manager of motorsport, Steve Boyce played a key role in the establishment of the Toyota Racing Series and more recently the Toyota 86 Championship. In a 40 year career with Toyota New Zealand, he held senior roles in parts warehousing and distribution and also in parts and vehicle logistics. He has a long involvement in the brand’s motorsport heritage, both race and rally. Boyce remains a driving force behind the KDF.

Toyota’s Managing Director at the beginning of its unparalleled commitment to nurturing Kiwi racing talent through the Toyota Racing Series, Bob Field maintains involvement in the company’s premier sporting partnerships including Team New Zealand in the Americas Cup.

Field recently retired from a career in the international motor industry, including 30 years as managing director and chair of Toyota New Zealand. Former roles include Chair of the Sustainable Business Council, Chair of WWF, directorships of KiwiRail and NZ Rugby and President of the Motor Industry Association. He was awarded the 1990 Commemoration Medal in 1990 for services to New Zealand and was made an Officer of the New Zealand Order of Merit in 2001 for services to the motor industry.

John Fowke Recently retired from a career that includes key management roles at Toyota New Zealand, John Fowke is a passionate supporter of New Zealand’s many rising race drivers and played a key role overseeing the legal aspects of Toyota Racing Series from its establishment in 2005. He retains a contract position as General Counsel at the company. He chairs Te Manawa Museum of Art, Science and Heritage and the Manawatu Community Law Centre, and is also deputy chair of the MASH Trust.

Bob McMurray is the ‘go-to’ identity when media want to know about the current tsunami of Kiwi driver talent washing over international race categories. He first discovered motorsport watching top motorcycle and ‘tintop’ racing in the UK – and then walking in the doors of McLaren in 1968 as the iconic F1/Can-Am operation was putting New Zealand on the global motorsport map.

Ever since, he has kept his finger on the pulse of motor racing and the Kiwi talent forcing its way up through the diverse categories that feed into the top echelon: F1, Indy, Le Mans.

Through involvement in the Castrol Toyota Racing Series (where he is an ambassador), the elite motorsport academy and the Kiwi Driver Fund, McMurray has helped guide the careers of young drivers hoping to compete internationally.

Bob McMurray says all the drivers assisted by the KDF to date agree the support has been instrumental in helping them prepare for their next career step.

One of New Zealand's brightest current hopes is Marcus Armstrong, Italian FIA Formula 4 champion and the first Kiwi accepted into Ferrari’s elite Driver Academy and now racing in FIA Formula 2, a short step away from Formula 1. A recipient of support in 2018 and 2019, Armstrong said he wouldn't have been able to contest the Toyota Racing Series: "It's a massive part of what helped me get onto the grid.”

Stepping up to FIA Formula 2 this year is Red Bull-backed rising star Liam Lawson of Pukekohe. He was supported by the fund in his 2019 and 2020 CTRS campaigns. “[The fund is] really important. A lot of Kiwi drivers are really struggling to get the funds to compete at this level. It has really helped me and I hope a lot more young Kiwis have the same opportunity.”

The 2021 Toyota Racing Series champion, Matthew Payne, agrees: "We wouldn't have been on the grid without [Kiwi Driver Fund] support and this [series win] wouldn't have been possible without it." Payne is now racing the Porsche Carrera Cup Australia with Kiwi team Earl Bamber Motorsport.

Chelsea Herbert, Kenny Smith and Liam Lawson on the importance of KDF: www.shorturl.at/lpsE1