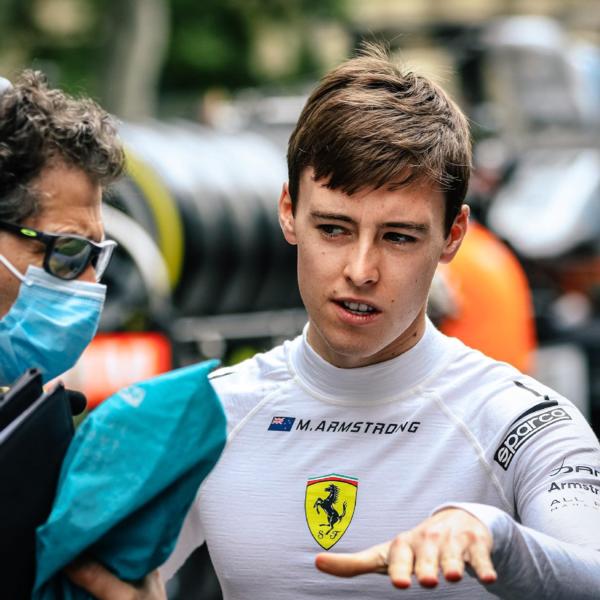 FIA FORMULA 2 AT BAKU: ARMSTRONG QUALIFIES SIXTH, WILL START RACE ONE FROM P4

Setting the Monaco race weekend firmly behind him, Marcus Armstrong has qualified sixth at this weekend’s round of the FIA Formula 2 Championship.

On the challenging Baku circuit in Azerbaijan, he set the pace through the first half of qualifying, battling with Dan Ticktum, Christian Lundgaard and Theo, Pourchaire. Armstrong held the fastest time until the field pitted to fit fresh tyres.

Qualifying set the grid for Sunday’s feature race, the third of three Formula 2 races. Today’s first race will be a reverse top ten of qualifying, meaning Armstrong’s P6 becomes a P4 (second row of the grid); the second sprint race is a reverse top ten of the earlier race’s finishing order.

Three drivers were given grid penalties for impeding other racers: Lundgaard, Jack Aitken and Guilherme Samaia. All three start well down the grid for the first sprint race and also the feature race.

Armstrong’s team-mate, Roy Nissany, missed qualifying after he crashed out of the free practice session. The short turnaround before the start of the session meant that the team were unable to mend his car in time. He has been permitted to start the race from the back of the grid after all other penalties have been applied.