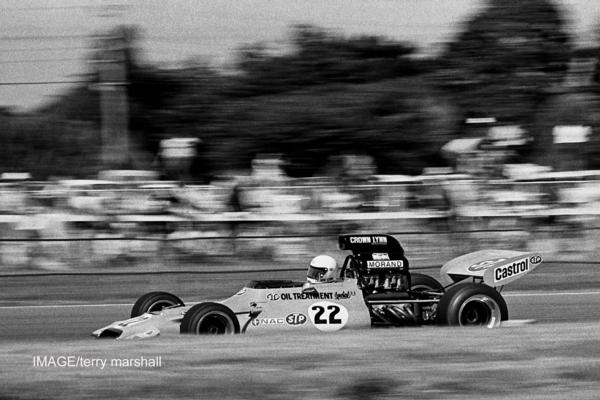 New Zealand racing driver and constructor Graham McRae has passed away. He had been unwell for some time and was aged 81.

McRae was one of New Zealand’s most successful drivers and race car builders, a three-time champion of the Tasman Series, champion in the 1972 SCCA Continental 5000 series and multiple Australian Grand Prix winner (1972, 1973, 1976, 1978). Few drivers have won such a diverse range of championship titles across different continents; fewer still by driving their own self-built cars

A qualified engineer, McRae began building race cars as soon as he graduated from university. He competed in local sports car racing and hillclimbs in the early 1960s, notably at Levin. He began to compete seriously in the 1.5-litre twin cam formula, which used old F3 chassis.

He also ran in the four NZ rounds of the Tasman Series, and the eponymous McRae race car proved surprisingly competitive at the tight Levin circuit despite being down 160 bhp on the front-runners.

His performance secured McRae the NZ Driver to Europe scholarship to contest some 1969 F2 races where he ran in the upper midfield in an ageing Brabham BT23.

Leda had already begun constructing the Leda LT27 F5000 machine before McRae renamed the car the GM1. Enlivened with McRae’s engineering genius, this car took the racing world by storm.

A less successful GM2 followed, as did a unique GM3, which had Perspex cockpit surrounds and allowed spectators to see the driver at his work. The GM3 subsequently paved the way for McRae to make a brief appearance in Can-Am racing.

McRae made a Formula 1 appearance during his racing career when he was called up to drive for the Frank Williams at the 1973 British Grand Prix. Unfortunately the throttle on Williams IR01-Ford became stuck open on the opening lap, forcing him to retire.

In the same year, McRae contested the Indianapolis 500, finishing 16th and earning rookie of the year.

After his competitive career ended, McRae continued to produce race and road cars including a stunning and sought after short run of Porsche Spyder replicas based around a 2.0-litre Porsche 914 engine with a five-speed gearbox. McRae imported a Porsche 356 Speedster from Vintage Speedsters of California to make the moulds for his production kits.

Being a technical perfectionist, McRae's Spyder is an accurate replica of the original built by Porsche in 1954 and 1955. Some McRae Spyders are powered by a Subaru engine.