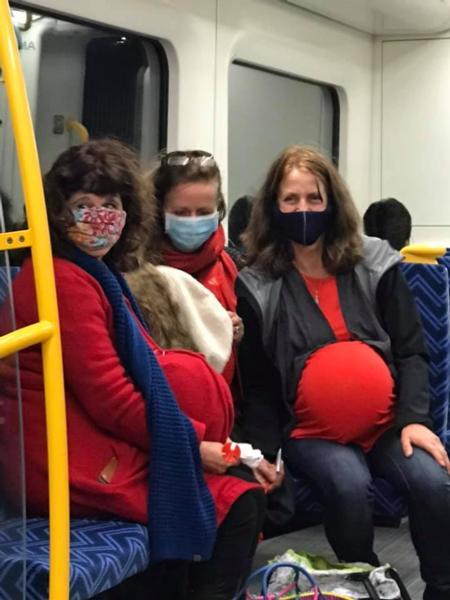 Clarification from MERAS – The Midwives' Union

The following can be attributed to Jill Ovens, co-leader of MERAS (the Midwifery Employee Representation & Advisory Service) – the midwives’ union.

MERAS wishes to correct and clarify information communicated by the Prime Minister recently in the media, related to the current Multi-Employer Collective Agreement (MECA) negotiations and employed midwives strike action.

PM Ardern:  We've got the nurses obviously who we're negotiating with and I understand we've, we've had a couple of mediation sessions so still progressing those, those talks. And then, obviously, here we've got what they call the MERA (sic) represented midwives. In this case, an offer was put to them that wasn't put to the midwives so a decision was made to put in a strike notice without them having the chance to vote on the offer. I know the district health boards have been disappointed by that, but we'll keep talking. The offer there did include lump sum down payments on pay equity, an over five and a half thousand increase, dollar increase to the base pay rates…. a lot of effort going in to try and make sure our midwives are supported,

Jenny May Clarkson: But obviously that's not enough for them, they feel underpaid undervalued; we've got nurses leaving, midwives leaving…..

PM: And look….. and we are still in negotiations and talks but as I say for those midwives that offer that wasn't put to them included 5000 …..my recollection, 800 on the base rate and then an extra $6,000 lump sum as a down payment on Pay Equity. Pay equity is in the mix here on all of these negotiations at the moment. We do need to address this long-standing issue and we've made some progress but actually it's right for them to say get it over the line and finish the deal, because for too long we’ve had this gap between our different workforces, and we’re committed to resolving it and I think that will go a long way to resolving some of these issues.

A. The latest offer was an $1800 increase on the base rate which would apply from 2 August 2021. The date from which a new MECA (Multi-Employer Collective Agreement ) would apply is 1 February 2021 (the day after expiry of the previous MECA), to 31 April 2023. That is a period of 27 months – more than two years. Normally there would be two pay increases over that length of time, as was included in the first offer made by DHBs.

B. There was a $4000 interim payment related to pay equity – this would be an interim payment. This is where we believe the PM got the $5800 figure from.

C. Then there was a $6000 one-off payment that would not have increased the salary rate. Further it would have been less if MERAS members do not work fulltime and even less if they have not been with the DHB for a year. This does not assist retention in DHBs, which is a key part of our negotiations.

D. This would have been all that MERAS members would receive until April 2023 (more than two years), and there was no backpay.

As clarified above, the offer that the PM described in the media, as one “the district health boards have been disappointed” was not put to MERAS members prior to strike notices being issued, was significantly worse than the previous offer.

The PM did not mention in the media that at mediation on Monday2 Aug, the DHBs made it a condition of the offer going out to MERAS members that:

1. MERAS would withdraw this week's strikes.

2. MERAS would not issue strike notices for any other strike in August, knowing that MERAS had already balloted members for a 12-hour strike (19 August). In addition, the strikes that are happening this week were notified to the DHBs more than two weeks ago.

3. That MERAS would not ballot members throughout all of August for any other strike action.

This would mean that if members turned down the latest offer, the earliest they could take strike action would have been well into September.

MERAS was prepared to bring an offer to members to vote on, had it been one that was a progression of previous offers. It was not.

MERAS remains committed to resolve these issues so that employed midwives can move forward positively in their careers as health professionals, working alongside women and babies in Aotearoa.

Nov 2020: MERAS wrote to the DHBs signalling that we would be initiating bargaining on 4 Dec and suggesting a range of dates in December and January before the MECA was to expire on 31 Jan 2021.

7/8 Dec: DHBs negotiating team arrived to meet, with only their advocates as they hadn’t organised their team to attend. These were the only dates they could meet until end of January 2021.

20/21 Jan: First full days of negotiations; DHBs made an offer with a range of flat rates dependent on the term of the MECA. No-one in attendance from the DHBs who can approve changes to DHB offer – no power to do so. Negotiations hamstrung by this.

Feb/March: MERAS responded in writing with members preferred rate and terms to settle the MECA, having consulted with our members. MERAS wanted to settle at the negotiations on 10/11 March and take this out to members for ratification.

9 March: The DHBs cancelled the meeting saying they didn’t have their full team available. MERAS was told by the DHBs' advocates that an issue raised by NZNO had further complicated and delayed progress.

10 March: The MERAS negotiation team met regardless and confirmed the union’s position on all the issues, which was then conveyed to the DHBs in writing. The union reiterated the point that MERAS is not dependent on NZNO negotiations as midwifery is a *separate profession and we represent the majority of employed midwives.

*Note: The midwives’ union (MERAS) and the nurses’ union (NZNO) negotiations have always been historically been linked. Until the last negotiations, MERAS and NZNO negotiations were held on the same day, at the same time with the same negotiators – and the same agreement. MERAS however managed to get DHBs to recognise that MERAS and NZNO are separate unions, representing different professions (nurses and midwives – NZNO has some employed midwives however predominantly represents nurses and health care assistants). The last MERAS negotiated MECA included elements that were not included in the NZNO agreement.

March/April: Several emails and phone calls from MERAS to the DHBs’ advocate chasing up the offer. This went to a Workforce Management Group before Easter and was sent on to the MoH at the time. MERAS has not seen the offer and has no idea of what is in it. No response from MoH.

The Collective Agreements negotiated by MERAS with employers not only ensure best practice terms and conditions of employment for midwives, but also recognise the regulatory (Midwifery Council) and professional (the College) structures that oversee the midwifery profession in Aotearoa New Zealand.

MERAS represents around 90% of NZ’s employed midwives and is affiliated to the College of Midwives All MERAS members are also College of Midwives members. MERAS has 1631 members of whom 1435 are DHB-employed, 115 in private maternity units and 78 student members.

This is a midwife who is employed by a DHB or non-DHB maternity facility. These midwives work in a range of roles. Most work as ‘core’ registered midwives in primary, secondary and tertiary maternity units providing care to women who are pregnant, in labour or new mothers and their babies.  Some also work in the community or as specialist midwives, educators or in management roles.  The most senior midwife in a DHB is the Director of Midwifery or Chief Midwife. Most employed midwives are paid through the DHB MECA (Multiple Employer Collective Agreement) or Collective Employment Agreements with individual non-DHB maternity facility providers.