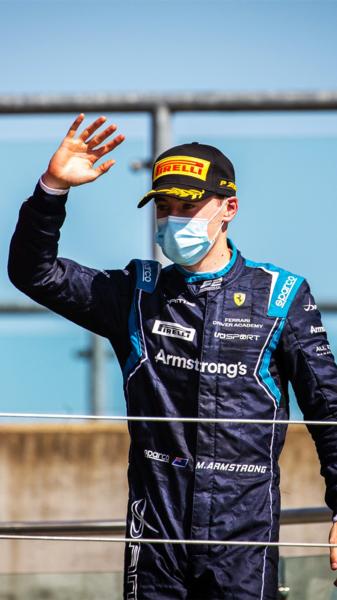 After an eight week break from racing, Kiwi Marcus Armstrong returns to the FIA Formula 2 championship this weekend at Monza.

Just two hours’ drive from the Ferrari factory at Maranello, this is arguably Armstrong’s home event.

“This is an epic race weekend. Ferrari fans are everywhere, there’s a sea of red in the stands on race day.”

The 5.7 km circuit is fast and open, making tyre management more critical than ever and creating a challenging environment for overtaking. Armstrong says Monza is a ‘very interesting’ track.

“Monza is very fast. If there was an Indy of Europe, this would be it!”

Marcus Armstrong first raced at Monza in 2017 on his way to winning the Italian F4 Championship. The Kiwi has been a member of the Ferrari Driver Academy for four years and is contesting his second season of Formula 2.

Spark Sport’s coverage of the racing is live and on demand: