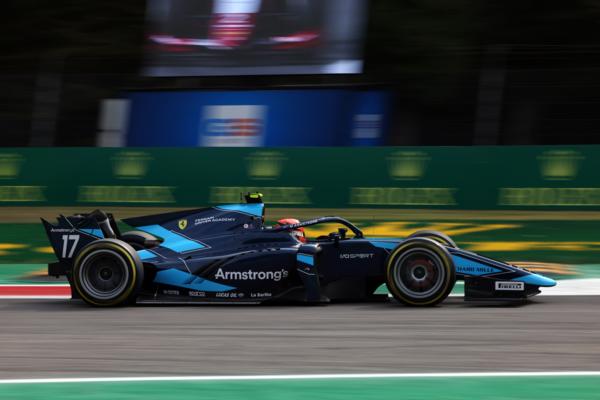 Marcus Armstrong has stayed the distance in FIA Formula 2 at Monza in Italy, putting in a determined drive to recover from a difficult start to the race weekend.

First his car had technical problems, preventing him running in free practice; then in the opening race he was hit from behind.

On a fast circuit like Monza, time on track is more crucial than ever. Losing the time to adjust to the circuit and the car’s set-up was challenging.

“Our issue in free practice made it difficult to adjust to the car and get the balance right in time for qualifying. In the first sprint race I was hit at the first corner and had to pit at the end of lap 1. I was really pleased with the recovery from that and finished 11th.”

Armstrong fought on to the Sunday feature race where a clever tyre strategy enabled him to stay on track when much of the field pitted to change off ‘soft’ specification tyres and then ran all the way to the finish.

“The feature race was pretty crazy, there was a lot going on with strategy. We started on the medium tyres and stayed out when the majority of the field pitted under the first Safety Car,” he said.

A second safety car period later in the race gave the opportunity to dive into pit lane and change tyres for the run to the finish.

“We had a great stop and took ninth at the flag. Our focus now turns to Sochi, where we’ll look to put the technical issues behind us and target more points,” he said.