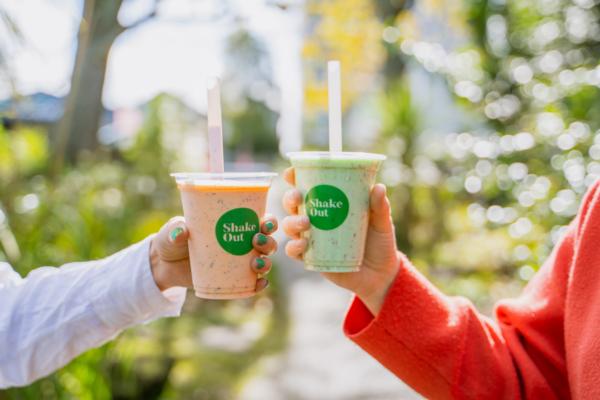 Were Ross and Rachel on a break? Team Jacob or Team Edward? Vegemite or Marmite? The hornet’s nest is about to get kicked again, with NZ’s favourite burger joint raising another great debate: orange choc chip or mint choc chip?

Get set as Shake Out unveils its latest limited edition shakes in a controversial combination that tempts the tastebuds and nods to nostalgia, featuring flavours that have divided us for decades.

From next Tuesday, Shake Out stores nationwide will be serving up the new choc chip shakes. And while it’s likely ‘mint to be’ that Aucklanders will prefer the orange ‘Jaffa’-esque varietal, those in the 09 will be able to order online and pick-up Curbside from the Smales Farm spot under Alert Level 3, so you can grab-and-go safely without leaving your car.

Whether citrus is your suitor or mint makes your mouth water, it’s time to nail your colours to the mast in this tasty battle, with a year’s supply of Shake Out* also up for grabs.

The burger brand is calling on all Kiwis to cast their vote to win by:
• Uploading Shake Out’s ‘Team Mint’ or ‘Team Orange’ sticker/GIPHY to Instagram via a Story (those who purchase a shake and post a picture of it will gain an extra entry)
• Tagging @shakeoutnz

Results will be revealed in November to determine if we’re a nation of orange or mint lovers, with a person from the winning team set to receive 12 months’ worth of simply great burgers and shakes. To sweeten the deal, 30 free shakes will be awarded to those who voted for the winning flavour to try it out.

So, are you a chip off the old block? Shake Out’s new Orange and Mint choc chip shakes are available from Tuesday 28th September - Monday 8th November 2021 nationwide for $7 each.