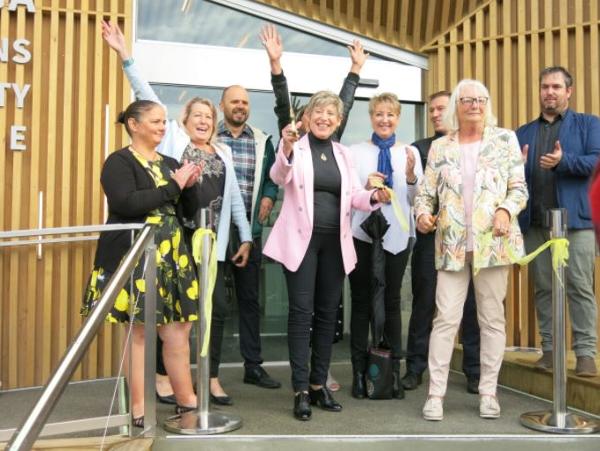 Local Edgeware businesses are noticing an increase in patronage which they believe is related to the new St Albans Community Centre – Kohinga, which opened last year.

Jason Harvey from the St Albans Residents Association (SARA), which runs the centre, says they have been told that people using the centre are visiting the shops as well.

“The butchers, supermarket, bakery and greengrocer’s say they have seen an increase in numbers visiting them which is great news,” he says.

Edgeware’s Fresh Choice director Stephen Anderson, and Paul Garven From Ma Baker both agree that patronage has increased with the opening of the community centre.

“People come to us from the meetings and exercise classes for example, for a coffee and a bite,” says Paul.

Stephen Anderson says people using the community centre definitely seem to be taking advantage of being able to do grocery shopping while they are in the village.

Lynne O’Keefe from the St Albans Pool and Pavilion group believes local businesses will see even more patronage when the pool is completed.

“It makes sense that as more people come into the village to use the pool, they will do their shopping and visit the great restaurants here, as they have with the community centre. It’s a win-win for everyone in the community,” she says.

Land investigation for a Geotech report is underway so pool plans can be finalised. Lynne says they are continuing local fundraising