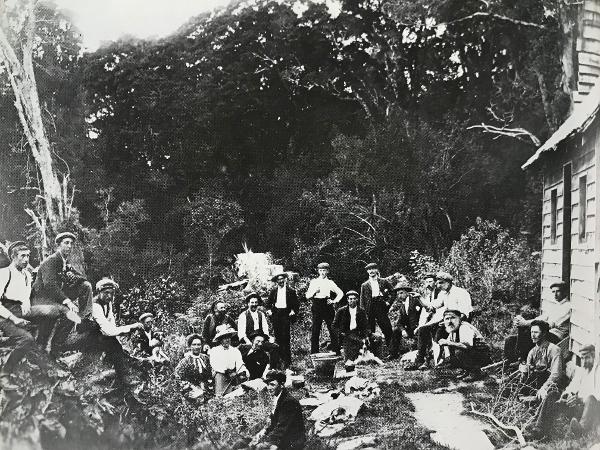 From gold rushes to award-winning wine - the story of Waitiri Creek Wines' place in the history of Central Otago. CREDIT: Media PA

From gold rushes to award-winning wine - the story of Waitiri Creek Wines' place in the history of Central Otago.

The wild and rugged hills of Central Otago and the Gibbston Valley are steeped in history and bountiful resources. From the gold rush in the nineteenth century to becoming a celebrated region for producing world-class pinot noir wine, the Ward Family of Waitiri Creek Wines has been through it all.

In the early 1860s, Otago was a fledgling pastoral province with sheep and cattle grazing along with its tussock grasslands, unaware a young prospector, (a fresh arrival from the Victorian goldfields) was about to change everything. Gabriel Read arrived in 1861 and he soon struck gold in a creek bed in the region.

This singular event kicked off the great Central Otago Gold Rush. Word quickly spread of Gabriel’s discovery, and prospectors from all over the world found their way to Central Otago, hoping to strike it big and make their fortune.

Life in the goldfields was not easy. It was remarked that even those who came from notorious gold fields of California or Victoria found that the Otago hinterland was wilder, colder and harsher than anything they had ever experienced before.

Gold diggers staked out a mining claim of about 80 square metres, then they excavated ‘wash-dirt’ and panned it in their tin dishes in the hopes of finding anything from a few glittering specks to nuggets the size of a small coin.

There was a social melting pot as these miners came from all over the world including Ireland, Europe, USA and China. As the easily won gold from the riverbanks started to dry up, the prospectors changed locations to the terraces and gullies and high-pressure water cannons were used to sluice rock faces into gravel to allow gold recovery.

The introduction of new mining techniques from overseas also helped keep the gold fever alive. On the Kawarau River in the Gibbston Valley more than six gold dredges operated on the river.  Coal to supply heat for the boilers on these dredges was mined nearby on Coalpit Road, now home to vineyards today.

The fading light of the gold rush era gave way to new opportunities to make the most of this unique part of the world. The Ward family who farmed nearby Arrowtown recognised the Gibbston Valley potential for growing grapes for making wine back in the early 1990s. Apart from the favourable climate and soils from grape growing the Wards saw the potential for wine tourism to development based on the unique features and attractions in Queenstown Lakes and Central Otago.

The Ward family, the founders of Waitiri Creek Wines, arrived on the shores of  Bluff Harbour in 1875, making them early settlers in New Zealand. “The Ward Family were pastoral farmers and sawmillers, who arrived in the region ready to work the land of the region to begin a better life in the New World,” said Alistair Ward, company founder at Waitiri Creek.

A century later, The Ward family still have close ties to the region. The pioneering family are proud that their vineyards consistently create exceptional wine. “With Christmas festivities and family gatherings due soon, now is a great time to visit our online shop to purchase some great Waitiri Creek wines,” adds Alistair.