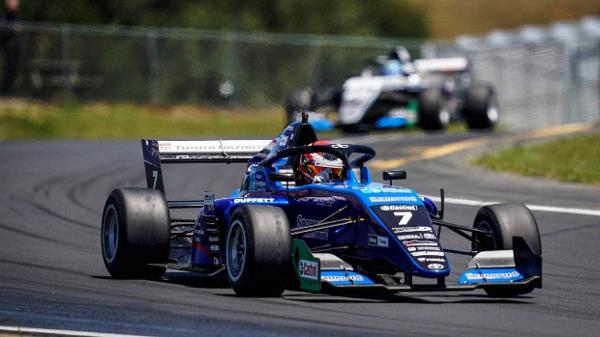 Is it all over for the TRS?

New Zealand race drivers are looking to race overseas following the news that the New Zealand Grand Prix has been cancelled.

An inability to get international drivers into and out of New Zealand under the Covid MIQ system had already forced the abandonment of the Castrol Toyota Racing Series; now the same situation is being blamed for the loss of the Grand Prix.

The MIQ system has locked out international sportspeople despite the most robust representations from both Toyota Gazoo Racing and Toyota New Zealand. Initially this reduced the most popular and highly esteemed ‘winter’ series in the world to a depleted locals-only championship in 2021 and then to full cancellation for 2022.

For more than a decade, the Toyota Racing Series has drawn the top young racers from around the world to New Zealand during the northern hemisphere off-season. Kiwi racers were able to test their speed and race-craft against drivers they would meet when they made the leap into international categories in Europe and the USA and drivers like Earl Bamber, Chris van der Drift, Liam Lawson and Marcus Armstrong have enjoyed huge success as a result.

The most recent graduate of TRS, Matthew Payne, went on from winning last year’s championship to top-level Porsche racing in Australia and is now lining up a V8 Supercar drive.

The first ever TRS race winner, Brendon Hartley, went on to Formula One and then championship-winning form in the FIA World Endurance Championship.

Covid and its global effect on motor racing have forced racers like Conrad Clark to pivot their plans for 2022. Fourth in the Toyota Racing Series last year, he has had few opportunities to sit in a race car since last February.

“I think we struggled at the start of TRS, but we finished where we should have started.

It was unfortunate we couldn’t keep the momentum going. So, it was a bit of a frustrating year looking back on it, and a few opportunities were missed.”

Australia is likely to be Clark’s next stop, as the promising Kiwi driver looks to continue developing his motorsport career.

The loss of TRS and now the Grand prix leaves the summer series without a premier category, though the growing ranks of exotica entering the new Super GT category suggest it could fill that spot.

Motorsport event promoter Speed Works has announced a one-off Feature GT Race to replace the NZGP on the February 11-13 weekend at Hampton Downs.

Speed Works’ Geoff Short says what was once New Zealand’s biggest single-seater weekend will now become a heavily GT-focused three days, with Super GT category having its own races at the same event.

“There are 15 or so high quality GT3 cars out there…and there’s a real appetite amongst those teams to race. They’re very quick and are always popular with fans…the show must go on.”