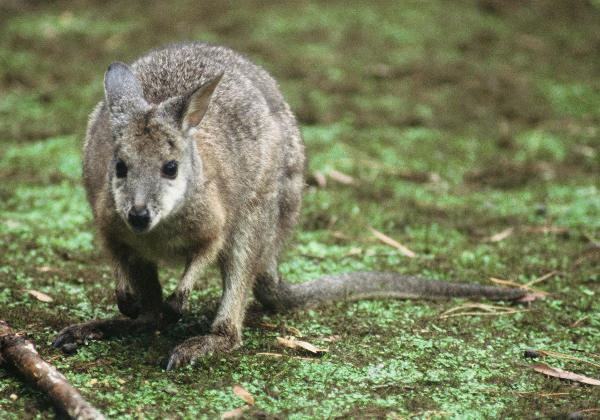 A large hare is thought to be behind Northland’s most recent ‘wallaby’ sighting.

Just before midday on Sunday 01 May, a member of the public spotted what they thought may have been a wallaby on the roadside on Babylon Coast Rd on the west coast near Dargaville.

Jack Craw, who chairs the Northland Regional Council’s Biosecurity and Biodiversity Working Party, says the sighting was reported to the council on 04 May at which point council Biosecurity staff initiated an investigation.

He says Biosecurity staff had undertaken surveillance in the area on 05 and 09 May and spoken with of a number of the residents in the immediate vicinity of the sighting.

"No wallaby or signs of wallaby, including staff searches for scats, chewing and/or other signs, were observed during surveillance." "None of the locals spoken with had witnessed any wallaby, but all pointed out that there are a high number of large hares in the area - which at a glance, could potentially be mistaken for a wallaby.

He says a hare’s head is of a similar size and skin colour to a wallaby "and when a large hare sits motionless it's understandable how mistaken identity can occur". (Hares also have much larger ears, but it’s not always easy to tell.)

Councillor Craw says sightings of what could be wallaby in the North are taken seriously.

"While there are currently no known wallaby populations in Northland, there’s always the potential that they could make their way into Northland via illegal releases."

Wallabies are found on Kawau Island, just south of Northland Regional Council's boundary and large numbers are present in the Rotorua Lakes area and in North Otago and South Canterbury.

The latest incident comes four years after a similar sighting which sparked an unsuccessful multi-agency hunt for a wallaby reportedly seen in the South Hokianga.

Up to a dozen staff and contractors from the council, Department of Conservation and Te Roroa iwi worked on a response over roughly 500 hectares of privately owned farmland and native bush but found no traces of the mystery animal.

Wallabies are unwanted because they eat native and exotic seedlings and pasture; making them potentially costly to the farming and forestry sectors and posing a risk to native bush too, as they can limit the regeneration of some species.

They are formally classified as an ‘exclusion pest’ under the council’s Regional Pest Management Plan due to the serious environmental, economic and other risks they pose.

General information about a wide variety of land and water-based pests - including wallabies - is available online via www.nrc.govt.nz/pestcontrolhub

In 2020 a $27 million national programme was established to address New Zealand’s pest wallaby problem and help protect our native species, productive lands, and iconic landscapes.
Led by Biosecurity New Zealand, the partnership of regional councils, iwi, central agencies, farmers, and landowners is working together to stop the spread. Eradication is a long-term aspiration.

Wallabies breed quickly and can easily establish new populations. Public reporting of sightings or signs of wallabies to www.reportwallabies.nz helps by identifying areas of potential spread and damage.

Left unchecked, pest wallabies could cover one third of New Zealand within 50 years.

Under the Biosecurity Act wallabies are classified as an unwanted organism in New Zealand. It is illegal to move, breed, display, sell, or release wallabies without a permit. There are significant fines and/or jail terms for those who do.