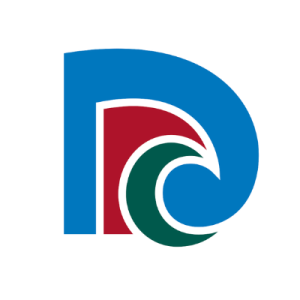 Northland Regional Council is one of Northland's primary environmental guardians and aims to protect Northland's land, water, coast and air while still allowing for sustainable development. We are also responsible for promoting the region's economic, social and cultural wellbeing.

DARGAVILLE — A large hare is thought to be behind Northland’s most recent ‘wallaby’ sighting.

KERIKERI — A picturesque three-kilometre section of the Te Araroa length-of-New Zealand trail at Kerikeri has been upgraded and is now open for all walkers to enjoy.

NORTHLAND — Potential changes to the way Northlanders are represented around the Northland Regional Council table are a step closer after a visit from the Local Government Commission.

NORTHLAND — The public is about to get another chance to make further comment on one of Northland’s most important local authority plans – the Northland Regional Council’s Proposed Regional Policy Statement (RPS).

NORTHLAND — Two independent commissioners have granted permission for a 94 hectare marine farm off Stephenson Island in the Far North, citing the significant economic benefits it will bring to an “impoverished” part of the country.

NORTHLAND — Northland’s district councils, major industries and consented water users are being urged to closely monitor their water use and prepare for possible shortages and restrictions unless there is significant rain over the next month or two.

DARGAVILLE — Smoked eel pate will be the tasty treat designed to entice visitors to the Northland Regional Council's marquee at next month's Northland Field Days in Dargaville.

NORTHLAND — The Northland Regional Council is reminding jetski users their machines must be registered for use in the region, should be operated responsibly - and not by unsupervised young people.

NORTHLAND — Better-than-expected investment earnings and a close look at its budget have enabled the Northland Regional Council to more than halve its previously signalled general rates increase.

NORTHLAND — Northlanders and visitors to the region are being warned about the possibility of heavy weekend rains and strong winds – the unwanted legacy of Tropical Cyclone Evan which earlier this week cut a swathe of destruction through the Pacific.

NORTHLAND — The current pre-Christmas weather conditions are right for the re-emergence of a little-seen, lawn-devouring South American weevil in the Far North, a Northland-based insect expert says.

NORTHLAND — The Northland Regional Council is planning a major fact-finding exercise next year to see what form Northlanders think local government in the region should take – and says it will reserve its collective judgement until those views are known.

NORTHLAND — People heading out on the water in Northland over summer are being urged to take extra care, keep a proper watch and make sure they fly dive flags if they have divers in the water.

NORTHLAND — Diggers will be a common sight in the Waiarohia Stream over the next several months as a major river maintenance project to reduce urban Whangarei flooding continues.

NORTHLAND — A single Bay of Island constituency and including all of the Tutukaka Coast in one constituency are among a number of publicly-driven changes which now form the Northland Regional Council’s ‘Representation Arrangements Review Final Proposal’.

NORTHLAND — An independent commissioner has declined an application by a Northland company to take extra water from Whangarei’s Poroti Springs, citing an inability to properly monitor its effects on the springs and the impact of that on Maori cultural values.

A dozen bush experts are to share their knowledge with an estimated 200 Northland Enviroschools students and teachers in Kaeo and Whangarei shortly.

NORTHLAND — Roughly 23,000 Northland landowners are being contacted this week as the Northland Regional Council seeks public feedback on maps linked to the region’s most significant planning document.

WHANGAREI — A special directive has been issued requiring all vessels to stay at least 100 metres clear of sensitive wave measuring equipment used to decide whether oil tankers and other large vessels can safely enter Whangarei Harbour.

NORTHLAND — Public submissions on regional council plans for a more community-focussed way on how Northlanders are represented around the council table will be heard at Kaikohe and Whangarei on October 17.

NORTHLAND — Ongoing concerns over boaties stopping in the way of cruise ships has prompted a reminder of the ban on anchoring in part of the Bay of Islands when the huge vessels are moving within the harbour.

NORTHLAND — Northland plantation forestry owners and contractors keen to better manage their earthworks and harvesting are being urged to attend one of five free local authority workshops being offered around the region next week.