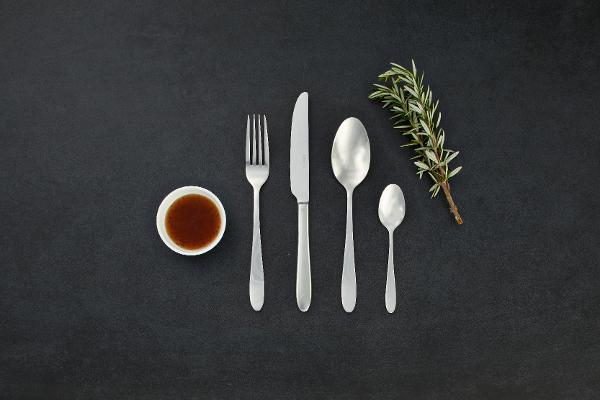 11 July 2022: Kiwis are giving the middle finger to finger food in favour of using cutlery, a new national survey has found.

To celebrate the launch of the latest supermarket collectibles craze, Countdown, in partnership with kitchenware brand Wiltshire, has conducted a survey of over 1000 consumers – and the results have unearthed some surprising cutlery habits across Aotearoa[1].

Those playing favourites in the cutlery drawer might be relieved to hear that they’re not the only one. Fifty per cent of Kiwis have one or more favourite items of cutlery, and 25 per cent were willing to go out of their way to access the cutlery they like (even when other options are readily available).

Despite half of Kiwis surveyed saying they had at least one favourite item of cutlery, only 9 per cent of respondents admitted to having a mismatched cutlery set at home. We are a nation with manners it seems, with two thirds of respondents saying they prefer a matching cutlery set to eat with and 23 per cent asserting that they would only eat with a matching knife and fork.

New Zealanders’ love for their cutlery is no surprise to Wiltshire – brand manager Alicia Giminez says Kiwis are particular about their cutlery.

“Often, cutlery sets are heritage pieces that a family will use for a lifetime, so New Zealanders like to buy sets that are sturdy and have a good weight to them that feels nice in the hand.

This preference for higher quality cutlery was reflected in the survey results as well – only 5 per cent of respondents cited pieces breaking as a reason for running out of cutlery.

“It’s clear that New Zealanders value utensils that are built to last; they want to know their cutlery is going to go the distance and won’t come out of the dishwasher rusted or bent. That’s why the Salisbury collection with Countdown includes our sturdiest, highest-quality cutlery,” Alicia says.

Countdown’s Director of Brand, Brid Drohan-Stewart, says the quality of the Wiltshire Salisbury collectible collection is likely to make it a firm favourite in Kiwi cutlery draws for years to come.

“The pandemic saw Kiwi families really embrace the family mealtime and go a little more above-and-beyond to create a restaurant experience at home. Something as simple as setting the table with a high-quality cutlery set can really elevate the dining experience and make that family meal or dinner party special.”

While 36 per cent of Kiwis said they use their spoons, forks and knives equally, the remaining 64 per cent had varying dinnerware demands – in particular, 23 per cent of respondents said they needed more teaspoons than anything else.

“Because every family has a different idea of a ‘complete set’, the Countdown collectible collection can be redeemed in groups so our customers can build out their set to suit their needs. Whether they’re building out a whole new collection or just adding a few useful pieces, we’re certain that this cutlery will be used for years to come,” Brid says.

This will be welcome news to the families of dirty dish hoarders – who may also be pleased to know they’re in good company. Teaspoons and forks are more likely to go missing than any other utensil, and 13 per cent of Kiwis are pinning it on a family member or housemate keeping dishes in their room. Other popular reasons for depleting cutlery drawers include pieces going missing (13 per cent) using too many for tasting during cooking (14 per cent) and dishes not being washed enough (26 per cent).

“The best way to load your dishwasher is technically handle-side down so the part that touches your food is exposed for a better clean – but the difference in overall cleanliness is quite small, so we recommend that people load it handle-side up. That way, you don’t transfer bacteria from your hands to the part that you eat with while you’re unloading,” explains Alicia.

And while 80 per cent of respondents said they used a dishwasher, the survey found that Kiwis are willing to get their hands wet for their favourite knife and fork. Even when other options were available and already clean, a quarter of New Zealanders will hand-wash their favourite items.

However, there was also a small selection of Kiwis who weren’t keen to wash dishes at all – with a few cheeky respondents admitting that they had thrown metal cutlery in the bin to avoid washing it (4 per cent), and 22 per cent said that they had used disposable cutlery at home.

Countdown’s newest collectibles collaboration with Wiltshire began on 8 July and runs for a limited time, while stocks last. Customers can earn 1 eStamp for every $20 spent, simply by using their Onecard in a qualifying shop. The Wiltshire Salisbury collection is currently exclusive to Countdown, and includes 6 sets to collect:

Countdown is one of New Zealand’s largest employers with 22,000 team members across 189 supermarkets, distribution centres, processing plants and support offices. We serve around 3 million customers every week and work with thousands of food producers and suppliers throughout New Zealand. We’re committed to being part of the communities we live and work in: some of our activities include Countdown Food Rescue which donates more than $5.2 million of food each year to The Salvation Army and other food rescue groups and foodbanks. Through the Countdown Food for Good Foundation we also provide local funding and sponsorship to help Kiwis thrive by building a stronger, healthier New Zealand for the future.