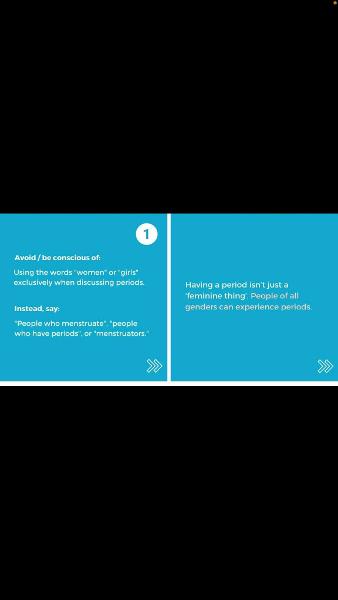 Currently one out of three children in New Zealand are not attending school regularly.

The governments response, instead of addressing the issues these parents raise, has been to grant the NZ Police $88 million in funding to combat truancy.

"This approach seems to be dealing with a symptom of the issue rather than the issue/s itself" says Debbie Swanwick Director of Ministry for Families.

"We have been fielding calls from parents who are being door knocked by the NZ police and threatened with involvement of Oranga Tamariki, although this is not the only situation in which police are threatening such. I recently received a call from a Christchurch Mum with complex post traumatic stress disorder, who is unable to wear a mask and has a mask exemption. This Mum was trying to shop at her local Pak n Save store, was declined service and they called the police who immediately threatened her with OT when they arrived on the scene. Ironically she was trying to shop for food for her family - which you would think would be the greater concern for the NZ Police and OT - children being denied food. This behaviour is completely unacceptable from the NZ Police who have two remits 1) to protect peoples rights and 2) to keep the peace. Retailers cannot deny access to stores on the grounds they are a private business - there is strong case law of Police vs Brown where a trespass order, issued by a supermarket, was overturned on appeal (Brown vs Police) supporting public access to the store even though the plantiff had possibly been stealing. People who know the law are currently taking advantage of retailers who don't and sueing them" says Swanwick.

Over the past few years the governments COVID lockdown policies have closed schools for 113 days. In recent weeks several bomb threats have resulted in some schools being lock downed whilst others were evacuated.

"I'm unsure why we would be locking children in a school where there was a suspected bomb anyway but there are other theories that have gone viral as to what may be going on. Beta testing for another lockdown event where legislation enables schools to hold anyone, including children, for 72 hours, is certainly mainstreaming now.

Parents cite many reasons for removing children from mainstream school. The lack of religious education, children being taught sexual education that many parents believe is not acceptable or age appropriate, larger class sizes with less supervision and schools being a haven for bad behaviour. The coercion being put on children to vaccinate and mask, which many parents believe are abusive practises and not necessary for children who are not an 'at risk' group is also being spoken of. According to the latest Qatar study, children's natural immune systems gives them 97% immunity against all covid variants (from 36 minutes into the attached video). Children have also been discriminated against for their medical stance, including being denied access to council owned libraries and swimming pools that many schools access, and school sports.

Ministry of Families has sought legal advice on mask wearing in particular and been told that section 189a of the Crimes Act 1961 applies here - that you cannot hinder someones breathing with your hand or a device. For it to be a crime the law states it must cause harm. The issue of councils banning unvaxxed and unmasked children also raises concerns with regard to the law - section 42 of the Human Rights Act 1993 access to public places, services and facilities on the grounds of discrimination and section 14 of the the NZ Bill of Rights 1990 freedom of expression including access to information. The later was a legal argument also used in a bid to stop the TV licensing fee in New Zealand.

Critical race theory, currently being taught in NZ schools, is often juxtapose to the values of many families too. Says Jo, mother of 3 from Auckland "how can I teach my child not to discriminate when they are being discriminated against themselves - role modelling behaviour is the cornerstone of teaching. Teachers are inadvertently  being used as tools for sustained propaganda which is causing division and those I have spoken with aren't comfortable with it either".

The long lockdowns also highlighted, for many parents, failings in our current education system with many children not being at expected learning levels.

Recently one Whakatane school in an attempt to stop sexual practises and smoking in the toilets only allowed children to take toilet breaks at break time or queue for the single sick bay toilet until a parent highlighted it breached their rights and the risk it posed for urinary tract infections (UTI's) and girls in particular to be caught in a difficult and embarrassing situation at certain times of the month (although a recent narrative on a NZ Ministry of Education instagram post states all genders are capable of experiencing menstruation).

Prior to the current issues that present, school bullying and schools not being able to cater for individual learning needs have been the largest factors in parents pulling children out of school. Schools can never be a 'one size fits all' learning environment.

A January 2021 report by the Ministry of Education claims that NZ has one of the highest bullying rates in the world, only 33% of 15 year olds surveyed state they have never been bullied and 36% of Year 5 and 38% of year 9 students report that they are bullied on a monthly basis.

It is now trending that most high schools have a 'fights' facebook page', set up by students, featuring schoolyard bullying and fighting.

"What has been great to see is so many parents becoming more involved in their childrens learning - whether they are choosing to homeschool or use an online and/or distance learning programme (which does not require a homeschool exemption form)" says Swanwick.

There is a wealth of information in facebook groups for people new to homeschooling and some great courses available such as the free www.amblesideonline.com which includes a detailed day by day directory of study. The course is broken down into 3 parts; geography, bible and history which is topical, enrichment studies which include plays, poetry, art etc and the basics maths, reading and writing.

Charlotte Mason was a British educator and reformer in England at the turn of the twentieth century. She proposed to base the education of children upon a wide and liberal curriculum. She was inspired by the writings of the Bible, John Amos Comenius, Matthew Arnold and John Ruskin. The basic premise is that if these studies created the George Washington's and Abraham Lincoln's of the world, they have stood the test of time and proven themselves.

Living books are books that are written by an author who is an authority on a particular subject, and writes with love and enthusiasm to excite the reader, versus a book that is 'twaddle'. Seahomeschoolers explains this concept in more detail https://seahomeschoolers.com/blog/2015/10/12/living-books-how-to-choose/


Cynthia Hancox is available to review and provide guidance for people completing homeschooling exemptions for a minimal fee and is contactable through her facebook page.

Community schooling groups are also being established and teachers - many who were mandated out of jobs by the government in October 2021 - are setting up their own schools and 'zoom rooms'. Anna Stolk-Noall is science teacher, teaching year 9 and 10 students, offering a zoom room to homeschoolers for a koha donation.

Online and/or distance learning programmes available include but are not limited to
Wosley Hall which teaches the Cambridge Programmehttps://wolseyhalloxford.org.uk

These courses do not require a homeschooling exemption and prices start from $2,000 per year.

A Christian Mum cites the greatest 'living book' to describe her perception of the current conundrum. Joseph is recorded in Genesis 50:20 as saying to his brothers, “You meant evil against me, but God used it for good.

"What is amazing to see is parents disenchanted with the current schooling available, because of the environment they currently find themselves in, taking their power back and reinventing the wheel. Many are choosing curriculums that reengage Christian principles, I have not heard of any teaching the sex education currently being taught in mainstream schools or critical race theory and they are tailor making programmes based on their own childs interests to encourage learning, in an environment that is safe and advocates family values whilst  adopting  socialisation with other homeschoolers and homeschooling groups. As much as I have been heart broken to see what has happened in our schools myself and listened to some very tragic stories of children being asked to deal with 'adult' issues, I am amazed at the wherewithal of New Zealanders who in the face of adversity, are choosing to stand against what they do not believe in anymore and 'build back better' - not one prescribed by the United Nations as 'the New World order' but one created 'by the people for the people' as our 'New Eden'. Self governanace has arrived" says Swanwick.