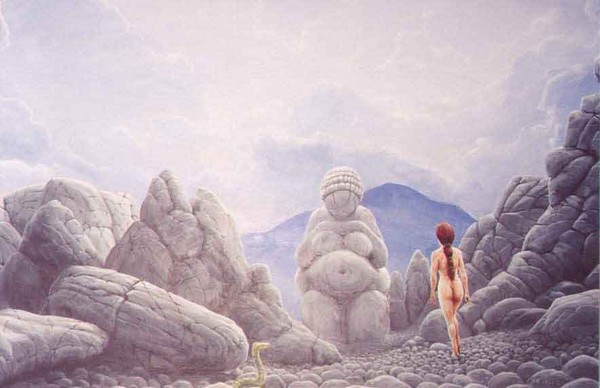 Mothers, they are blamed for everything, totally undervalued and if it wasn’t for her insistence in equal rights would be marginalised to the confines of the home and nursery. In Today’s modern Western world where contemporary women still struggle for pay parity and parenting has been outsourced to day care the celebration of ‘mother’, has become the cash cow of retailers as the origins of this celebration have become lost in the mists of time and with it the deeper underlying spiritual truth of women.

While we celebrate the idea of mothers day let us take time to remember that we live in a world that has no feminine face of divinity. Our religious story gives us the story of the virgin and the whore yet in our modern world NO mother to the father exists in any of the worlds religions. We might like to pause for a moment and contemplate how humanity could ever hope to evolve within such disunity. It is an imbalance that has long been a blind spot.

Ironically the early Christians celebrated the Mother's festival on the fourth Sunday of Lent to honor Mary, the mother of Christ. A religious order stretched the holiday to include all mothers, and named it as the Mothering Sunday. Mary at that time was the only relic left of an ancient and obscure past that included a mother goddess as prime deity. There was however another relic that couldn’t quite be extinguished - the referencing of  their large city churches as the ‘mother’ church in a time when their religious lives where centered around a male god and intermediated by an all male priesthood and on this day they made pilgrimage there.

Many trace the origin of a mothers festival to ancient Greece were the custom of mother worship was celebrated in festivals for Cybele a Hittite and Phrygaian goddess - an earth mother who was also known in the Minoan culture as Rhea who later became the mother of Zeus - who himself signified the end of the era of the divine feminine and installed the rule of the masculine that morphed with the religious dogma and doctrine of that erra to give us our our current era dogma and beleifs. Over time the ancient knowledge and origins of the mother goddess and mothers in general became degraded as a restrictive and oppressive system of beliefs became dominant across the globe.

The ancient knowledge of  women’s spirituality and knowledge base was further erroded and lost as a collective with the witch burnings which culminated in androcentric hysteria and religious intolerance in the middle ages ending in 1738 in England with the entrenched belief in women’s inferiority. The negation of her deeper spiritual knowledge base and with it her eon’s old wisdom of nature and humanities responsibilities within it was consigned to the margins of history and condemned and ridiculed as fringe and pagan ensuring it remained no threat to the established order. No longer was her ancient knowledge passed from mother to daughter as it had always done.

In the worlds oldest creation myths, the female creates the world out of her own body. From the earliest time it was understood that the great Mother goddess represented the unity out of which all life flowed. Mothers today represent that unity by virtue of giving birth to both male and female unprejudiced although in today’s world girl babies are still subject to infanticide, reminding us that although we might celebrate mothers day without fully comprehending its origin the value of mothering, of the feminine principal is still very much degraded and oppressed.

We might, at this juncture, like to pause for a moment and contemplate the value that motherhood is given in our societies based on the knowledge above and this Sunday lets remember not only our own mothers, but the divine mother goddess of ages past, and actively seek the divine feminine within ourselves as we awaken to a day shrouded in historic invisibility as a celebration of the original creatix, the great cosmic Mother of which we are representative.

“Language reflects the deep inner values of society, the words we choose to use, say a lot about our belief system. In most instances the words we choose to use are unconsciously dependent upon our culture's values and beliefs. Most of us never question the origin of a word, nor consider how the choice of a word shapes and defines their beliefs. Yet in the female world there are thousands of words that demean her, SLUT, WHORE, HAG, CUNT, where did these words originate and what are there true meanings ? Surprisingly, they have a very ancient lineage, and a very different meaning to what we are taught. It is here, in the origin of words that we see how the HERSTORY of women has been strategically and craftily hidden from her. http://www.geocities.com/unity1_nz/words.html