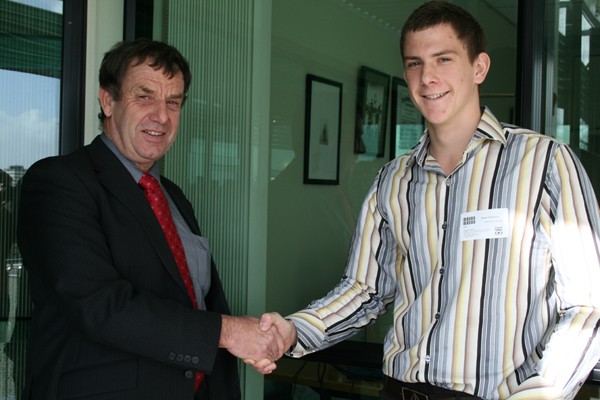 The $4000 scholarship is awarded annually by the council to mark the contribution of former Hauraki Catchment Board chief engineer Roger Harris to the Waihou Valley Scheme.

It is available to students pursuing undergraduate study in engineering or resource management, with particular reference to river and catchment management, whose families live in the scheme area.

Mr Robinson, of Kaihere (west of Paeroa), is studying for a Bachelor of Engineering degree majoring in natural resources.

While at Hauraki Plains College he was a prefect and community welfare student leader. He was an active member of the Thames Valley Refereeing Association and was nominated for Sport Waikato Hauraki Referee of the Year in 2007.

His sporting interests include rugby, swimming, table tennis and badminton. He also has a keen interest in fishing, tramping, rock climbing and hunting.

Mr Robinson hopes to enter a career where he can use his skills especially in engineering and natural resources.

He is particularly interested in protecting the environment and sustainable land uses.