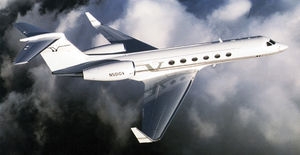 Far North Holdings Ltd is to make a further $1.6 million investment in improvements to the Bay of Islands Airport at Kerikeri.

A contract to resurface the runway has been let to Works Infrastructure to meet increasing commercial demands on the popular tourist and commuter gateway to the Far North.

The full 1190-metre runway will be strengthened and smoothed in the project. Work is scheduled to start within the next few weeks and is expected to be completed by mid-December 2008.

The project will enable the use of the airport by heavier aircraft on a more regular basis.

The 30-metre wide runway will receive a 60mm overlay of asphaltic concrete (hot mix) over the 36,000 sq.metre of runway area. The smooth seal overlay will cover the traditional chip-seal surface previously used, and will substantially reduce maintenance costs by improving the life of the runway.

Company chairman Tony Norman says the work will be carried out at night to avoid any disruption to passenger services and will start following the last commercial inbound flight at 7.30 p.m. each evening and the runway will reopen to commercial use at 6.30 a.m. each morning.

"The commercial airlines we have spoken to are very supportive of the upgrade.”

"For the past eight to nine years the company has been rebuilding the structure of the runway, including a significant investment in sub-soil drainage to improve runoff. Water lying in the area has previously caused maintenance problems with the sealed surface, particularly as commercial use has intensified.

"Coupled with the introduction of heavier aircraft, this meant the company was re-sealing sections of the runway almost on an annual basis. The hot mix overlay will vastly improve the life of the runway surface and reduce annual maintenance costs," he says.

Mr Norman says the project complemented a range of ongoing improvements and the development of the airport to improve passenger comfort and convenience.

"It is significant that the Bay of Islands Airport is the only airport of its size in New Zealand which is solely funded commercially- that is without subsidy support from external agencies. As a company we are proud of the improvements we have been able to make," he says.

Far North Holdings Limited is a provider of key strategic infrastructure for the district and has a leading role in the aviation and maritime sectors.

It is focused on strengthening local economies and in particular the tourism sector. A range of initiatives are underway to sustain and grow existing businesses and provide the underlying infrastructure for new business, Mr Norman says.

"It is about providing the opportunities for business to grow in our district by working with industry sectors to make things happen in the interests of the wider community. This is evident with the work we are doing currently with the tourism sector to develop the district as a conference destination," he says

The upgrade to the runway also opens up the potential for private jet aircraft to operate in to the area. Subject to testing on completion it is anticipated the work will allow for limited access for G5 private jets, opening up “high end” tourism opportunities for the district, Mr Norman says.

Chairman of the Tourism Development Group, David Perks, supports the approach FNHL is taking in the improvements being initiated at the airport.

"This development is of great importance to both the tourism industry and the wider economy. Bay of Islands Airport is currently utilised highly by both the international visitor sector and the conference sector and is a critical facility in the development of the visitor industry.

"The work now being carried out is another step towards bringing more people directly to the Far North to enjoy the many, many things the district has to offer," Mr Perks says.