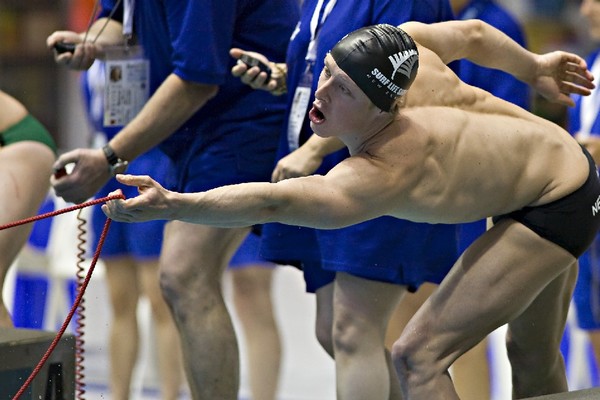 The three-day championships signal the start of the surf lifesaving season, with 420 competitors from 21 clubs competing in one of the biggest swimming carnivals in the country.

National surf team members Steven Kent and Ayla Dunlop-Barrett will join Hind, after they helped New Zealand to a big lead in the pool at July’s world championships in Germany, before Australia took control on the beach.

The 20-year-old also helped his New Zealand team break the world record in the 200m obstacles relay at the worlds, and he also holds the national mark for the 100m manikin carry.

New Zealand team captain Glenn Anderson will make his coaching debut at the championships, in charge of New Plymouth Old Boys after he started his contract with the club this week.

Hind’s Lyall Bay club will have the biggest club presence, with an 84-strong contingent competing at the Wellington Regional Aquatic centre in Kilbirnie, after completely dominated the overall standings last year.

A strong showing is also expected from rising pool stars like John Gatfield, Anamaria Clarke, Dylan Dunlop Barrett, Samantha Lee, and Kelsey Moffat, with this event in its sixth year and becoming increasingly important to the surf season.

"Many of our lifeguards have been training right through the winter months, preparing for a big summer on New Zealand beaches, and this will be the ideal competition to see how they stack up against their peers," SLSNZ sport manager Mark Weatherall said.

"Swimming strength is a major component of our high performance programme and these championships recognise that importance."

Friday’s session begins at 6.30pm with the 200m super lifesaver, the 50m swim with fins and the 100m manikin carry.