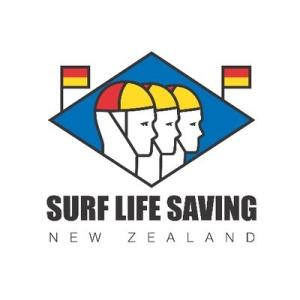 Surf Life Saving is the leading water safety organisation in New Zealand. We have been providing Surf Lifesaving services to New Zealand communities for nearly 100 years. But providing beach patrols each summer is just part of what we do. Find out more....

As the long weekend approaches lifeguards at several Northern and Eastern beaches are getting ready for their final patrols of the season over the Easter holiday.

The New Zealand surf lifesaving team is closing in on their first world lifesaving title in 14 years after a remarkable day on Glenelg Beach in Adelaide yesterday.

Three gold medals to Wellington swimmer Samantha Lee has New Zealand in a commanding position after the first full day of competition at the Rescue 2012 Lifesaving World Championships in Adelaide.

The Surf Life Saving National Appeal week is coming up from December 2-8.

Ever wondered just what it takes to drag a wet body out of the water to safety? The Lifesaving World Championships is where you’ll see the best in the world compete at doing just that.

Surf Life Saving New Zealand has been recognized for its efforts in teaching kids how to stay safe on the beach.

Surf Life Saving New Zealand’s first national event for the season kicks off this weekend with the single largest pool event in the country, The State New Zealand Pool Championships.

The Olympics are just around the corner and Surf Life Saving New Zealand is proud to have a few of their own competing at the 2012 London Olympic Games.

Surf Lifeguards from Ninety-Mile Beach down to Raglan were acknowledged on Saturday night at the Surf Life Saving Northern Region annual Awards of Excellence for their efforts and achievements in Surf Life Saving.

Joy Clark counted herself lucky today as she drove away in a Toyota Highlander and $10,000 all thanks to her continuing support of the Surf Life Saving New Zealand (SLSNZ) Lottery.

GISBORNE — After 181,000 hours of beach patrols and 967 rescues so far this summer - 1230 Surf Lifeguards will gather in Gisborne this week to compete in the State New Zealand Surf Life Saving Championship.

The New Zealand public proved just how much it values the essential service surf lifeguards provide on our beaches when they donated generously to Surf Life Saving’s national appeal day raising $380,000.

They are called Flip-Flops in the UK and US, Thongs in Australia, Slip-Slops in South Africa and Sandals in Hawaii, but here in New Zealand there’s only one name for our favourite footwear – Jandals.

New Zealanders are being encouraged to kick off the high-heels, smart work shoes and strappy sandals and throw on a pair of jandals to support Surf Life Saving's National Jandal Day on Friday 2 December.

Earlier this year school teacher Mark Adam was lying on Mangawhai Beach unconscious and not breathing.

Earlier this year school teacher Mark Adam was lying on Mangawhai Beach unconscious and not breathing.

Surf Life Saving’s annual appeal day, National Jandal Day, is fast approaching! We would love you to encourage your readers/viewers/listeners to get behind National Jandal Day by wearing jandals on Friday 2 December 2011 and donating to a worthy cause.

Surf lifeguards from Kariaotahi Surf Life Saving Club have been involved this morning in the recovery of a body.

WAIKATO — Surf Lifeguards in two Inflatable Rescue Boats (IRB) this morning joined Police and Land Search and Rescue in the on-going search for two missing men after three men were swept out to sea while net fishing yesterday afternoon at the mouth of the Waikato River.

Surf Lifeguards are set to begin patrols on our most popular beaches from Labour weekend as the weather starts to warm up.

As the Surf Life Saving season is set to begin at Labour weekend, the Prime Minister, Rt Hon John Key was today greeted by a flotilla of four Inflatable Rescue Boats (IRB’s) after presenting a special $250,000 grant to Surf Life Saving New Zealand (SLSNZ) in recognition of 100 years of outstanding community service on New Zealand’s beaches.

Over 65 of New Zealand’s elite Surf Lifeguards and members will be officially recognised this weekend for their hard work and dedication to save lives on New Zealand beaches.