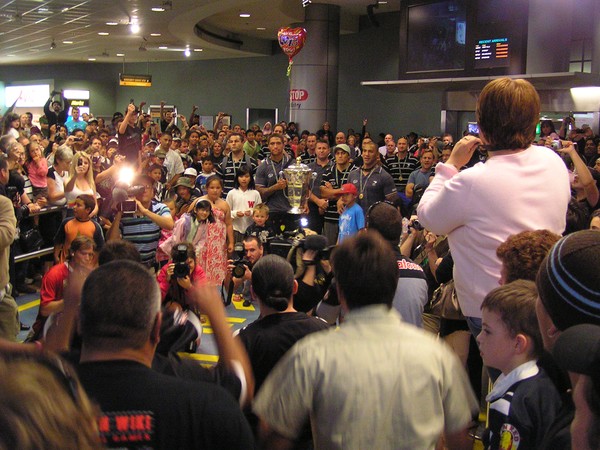 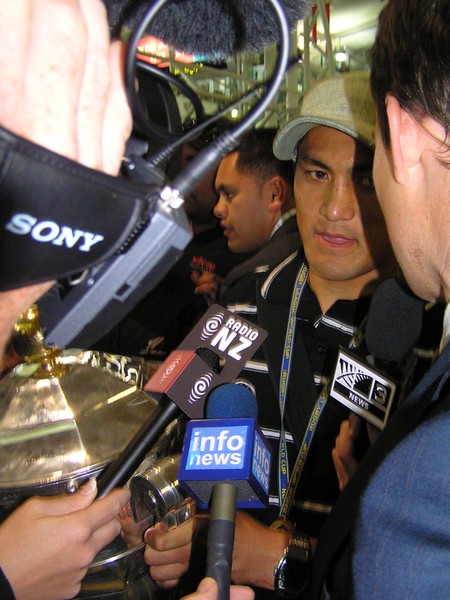 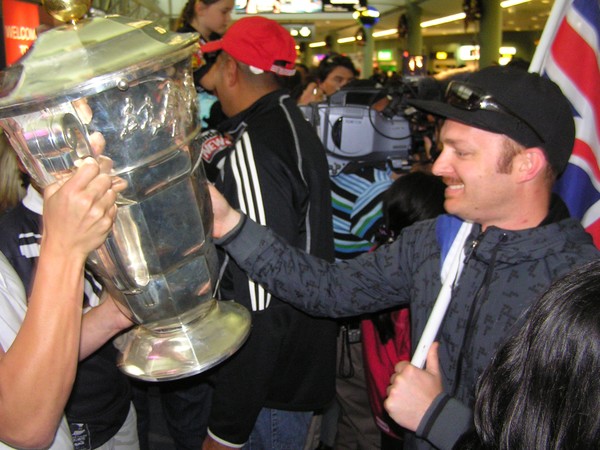 Once in a life time opportunity CREDIT: Infonews Editor 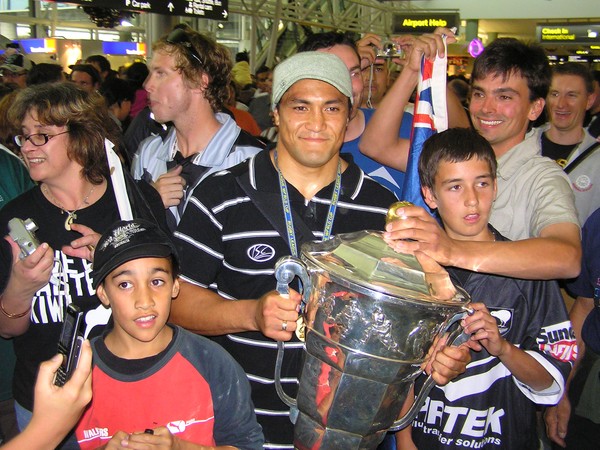 Jerome Ropati with fans and the cup CREDIT: Infonews Editor

The Kiwis have arrived in Auckland tonight to fans applause and admiration after beating Australia 34 - 20 in the Rugby League World Cup final in Brisbane last night.

Hundreds lined up at Auckland International Airport where the Kiwis were welcomed by a haka which bought some of the home coming party to tears.

The cup had its own seat on the plane which was booked in the name T. Rophy.

Vatuvei and Ropati held the cup high to chants of "Kiwi" and were inundated with fans wanting to touch the trophy and offer congratulations.