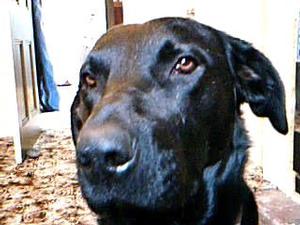 QUEENSTOWN — Firefighters are battling a large fire in central Queenstown this afternoon.

WANAKA — With a day to go top athletes speak about their careers and the upcoming race.

AUCKLAND — Saturday's Wild Turkey was the last time the event will be run and was my first time.

Yesterday I went to the launch of 3D viewing for the RWC2011.

COROMANDEL — Recent rain and flooding have cause significant damage to the track from Hahei to world famous tourist attraction Cathedral cove.

WEST COAST — Superintendent Gary Knowles has told families there is no hope for the 29 men trapped in Pike River mine, after a second explosion today. Knowles says no-one could have survived the explosion and the search and rescue operation is now a search and recovery mission.

Dan Carter is just one kick away from a world record after the AB's beat Ireland this morning 38-18 at Aviva Stadium.

The search is almost over for one of New Zealand's most well-known young adventurers – the MILKYBAR Kid – as public voting closes tonight.

Below are a few comments about online advertising and journalism from NZ Internet entrepreneurs Alistair Thompson, Scoop.co.nz, and Gary Jensen from NZS.com while at Bizzone on Friday.

Tuesday, 2 March 2010
Festival 8:03AM
Photos from the The 11th Auckland Lantern Festival

Earthquakes 8:02AM
Footage of the tsunami in Christchurch

A group of Robin Bain supporters has launched a petition to deny David Bain's application for compensation for time spent in jail for the alleged murders of five members of his family in 1995.

Police Ten Seven at its best bringing "safer communities together".

Corney Swanepoel has missed out on a final spot in the men's 100 fly after failing to improve on his heat time in the semi-final last night at the world swimming champs in Rome.

Three Kiwis raced in Rome over night with Hayley Palmer the only one to progress to the semis in her favored 100 Free with a 54.10sec swim.

Moss Burmester has fallen short of making the finals in the 200 Fly semi finals with an eleventh ranked swim of 1:56.03 in the heats and semi-final on day 3 of the swimming world championships in Rome.

Sport 10:21AM
The opening of HypO2 in Ponsonby

Swimming 8:47AM
McMillan and Jack put in strong performances during heats

Olympic finalist Corney Swanepoel has made the semi-final cut in the 50 Fly today, coming in 13th, but missed the final at the FINA world champs in Rome.

Thursday, 11 June 2009
Electricity 12:47PM
Energy efficent bulbs or not? Its your choice and your say.

Yesterday I a box of energy efficient light bulbs from rightlight.govt.nz to try out.

AUCKLAND — The Auckland Half palyed out in stunning weather with a class field today at Maritai and Kawakawa.

AUCKLAND CITY — ANZ City Chase drew more than 300 teams yesterday into an adventure which ranged from the North Shore's Davenport to the Eastern Waterfront's Okahu Bay.

Thursday, 8 January 2009
Internet 10:38AM
Stop another stupid law from restricting our lives

Section 92 of the Copyright Amendment Act.

Blair Anderson of the Mild Greens has posted an interesting widget/graph onÂ http://mildgreens.blogspot.com.

AUCKLAND — The Kiwis have arrived in Auckland tonight to fans applause and admiration after beating Australia 34 - 20 in the Rugby League World Cup final in Brisbane last night.

This morning I visited Facebook to see what sort of comments would be flying around about last nights elections.

AUCKLAND CITY — Auckland's Empire Tavern was packed last night for the finals of Miss Hawaiian Tropic New Zealand 2009 where the hottest talent from accross the country lined up to battle for the best bikini body.