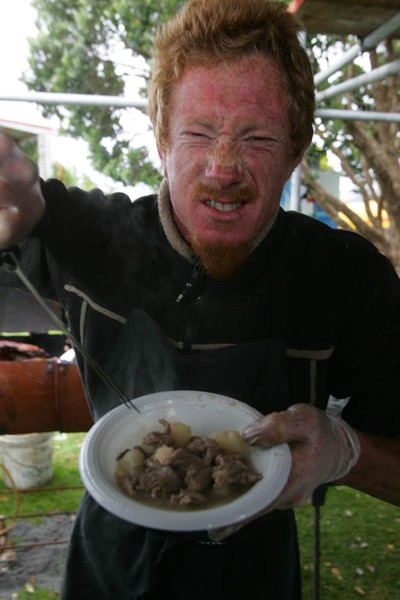 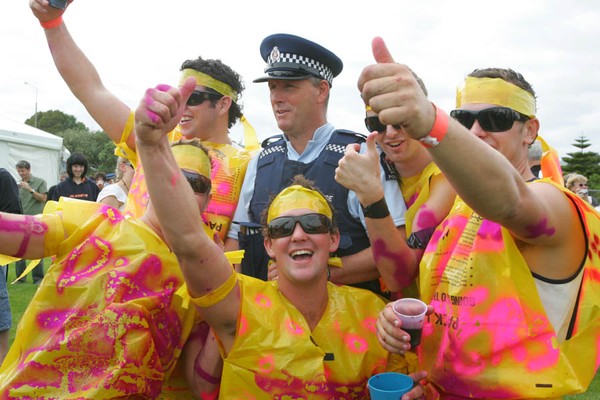 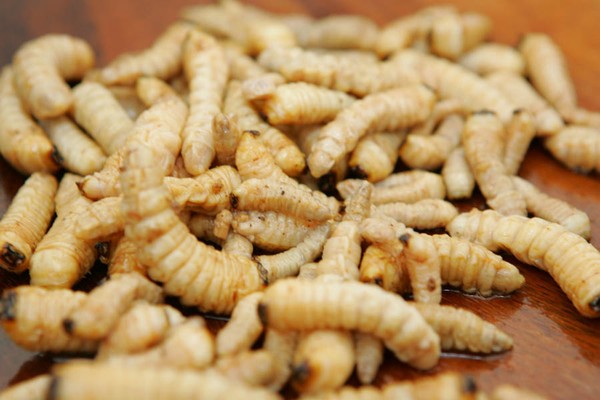 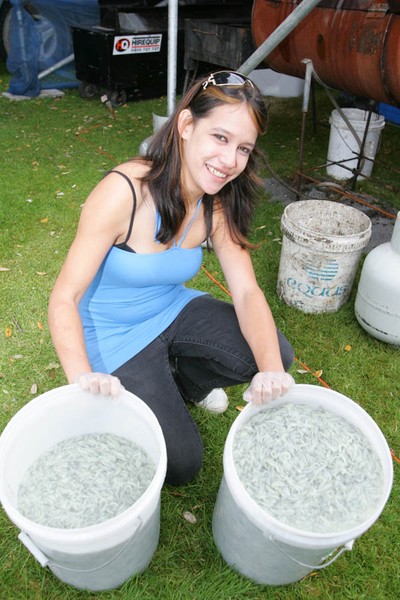 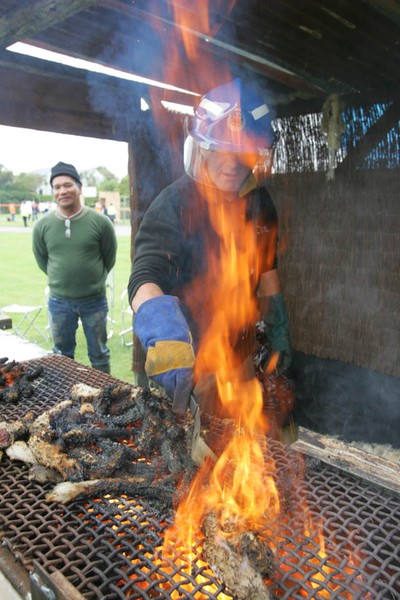 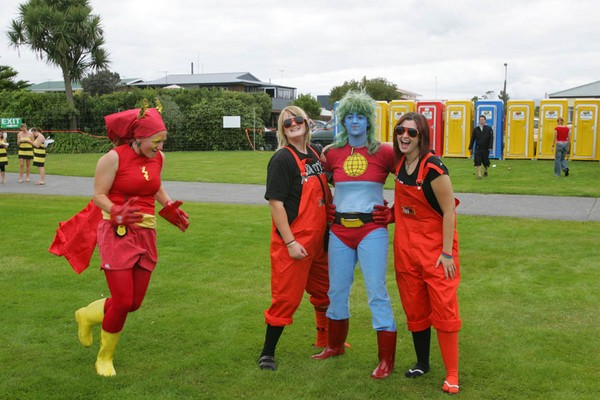 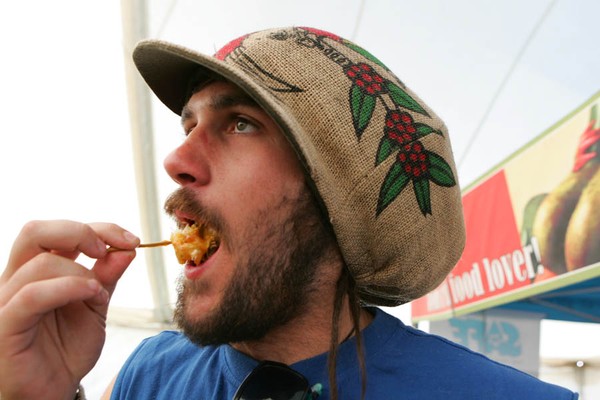 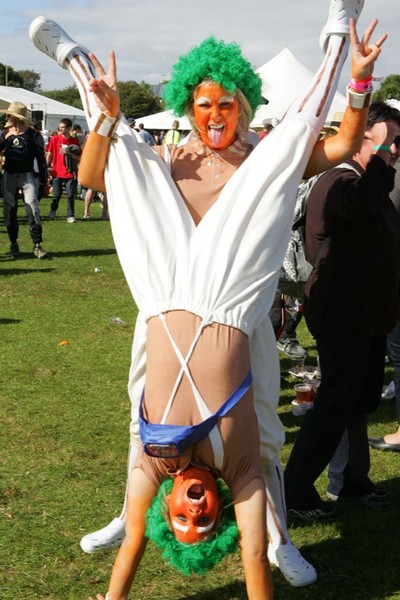 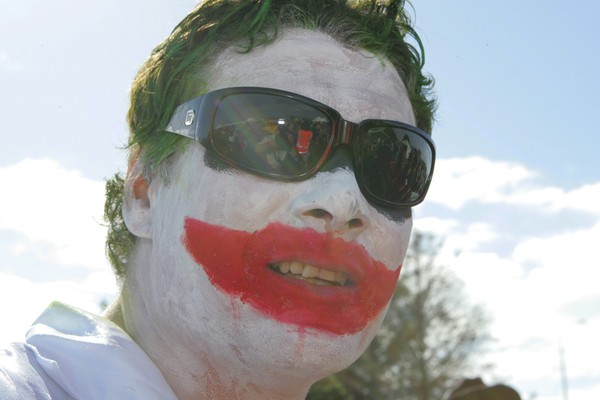 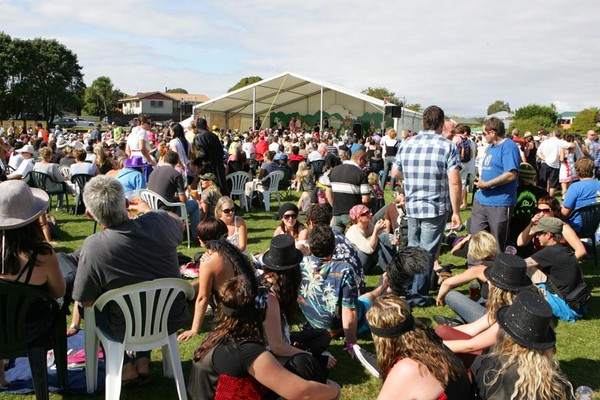 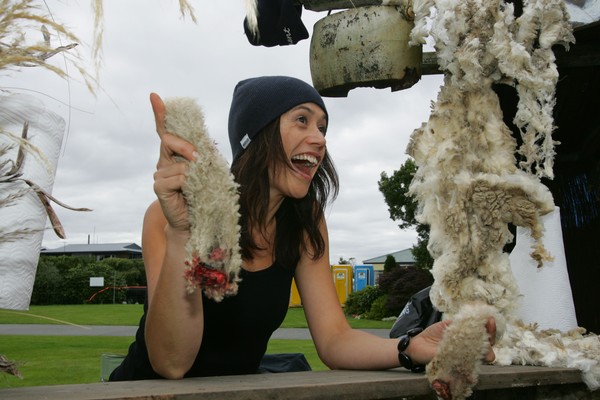 Vice regal taste buds get a working over at Wildfoods

Guests of honour at the 20th Hokitika Wildfoods Festival yesterday (Saturday 14 March), His Excellency Hon Anand Satynand and Susan Satynand got amongst the testicle stew and barbequed lambs’ tails to the delight of locals.

They were among the more than 12,000 thirsty revellers at the popular West Coast festival, their last stop after five days visiting the West Coast and Buller.

“I had expected more of the fearsome creepy crawlies and exotic treats where in fact the classic wild pork and venison I tasted were outstanding – I certainly tasted the best whitebait patties ever, cooked by the Hokitika Soroptomists Club,” said His Excellency.

The annual festival attracts media and attendees from all over the globe chasing the fear factor gourmet thrill that has become legendary. Certainly the visiting Hong Kong media contingent made the chocolate dipped huhu grubs their preference, anticipating benefits not normally recognised by West Coasters.
Some stallholders sold out of food before the end of the day and, when the final wash-up of takings is done, it is anticipated that, as in previous years, around $1 million will have gone into the coffers of the West Coast community. The Coast’s voluntary organisations plan on the festival as their major fundraiser for the year.

Event coordinator Mike Keenan said the enthusiasm of the stallholders was what made the festival an ongoing success, with many new foods and drinks on offer this year as Coasters found new ways of making wild creatures like huhu grubs, grasshoppers, worms and wasp larvae palatable.

A feature was the colostrum drinks and mousse made by the Kaniere Play Centre mothers to raise funds for new outdoor play equipment. They were awarded best stall by the organisers..

He said the recognition of the Festival founder, Claire Bryant at the anniversary Festival was also a highlight. Claire opened the event and said “they had thought they were taking such a huge risk with 30 stalls at the original in 1990.
“Our best decision was to schedule it for early March which is the driest time on the Coast, and we have been proven correct every year bar one.”

Mr Keenan said the Police and security teams took a much stricter line on unruly behaviour this year with the majority of arrests in the Hokitika town centre for breaches of the liquor ban.

“The Festival site was in a noticeably relaxed mode with some new scrumptious foods on offer. It is a fact that big events have little trouble at their venues but it is the surrounding commercial areas where some people disregard the rules and pay the price.

“we seem to be no different to a test match or the Wellington Sevens where downtown liquor bans on the streets are heavily enforced.”

Mr Keenan said the 21st Festival in 2010 will highlight the creative work that goes into the various costumes worn to the event.

“The dress ups create huge interest and next year there will be prize incentives for the wacky outfits that seriously challenge what you see at the Wearable Art Awards in Wellington.”