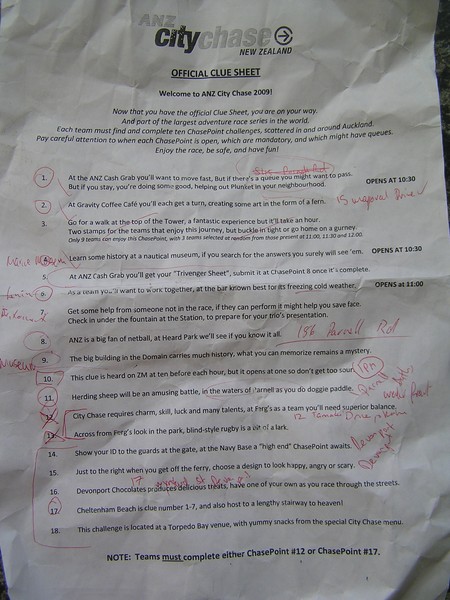 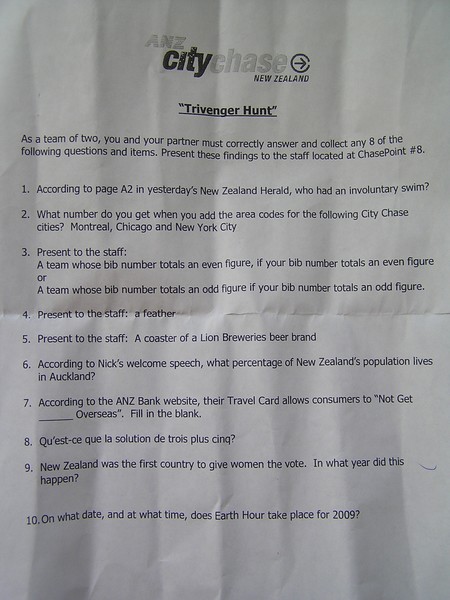 Trivenger sheet, we didn't do this task CREDIT: Infonews Editor 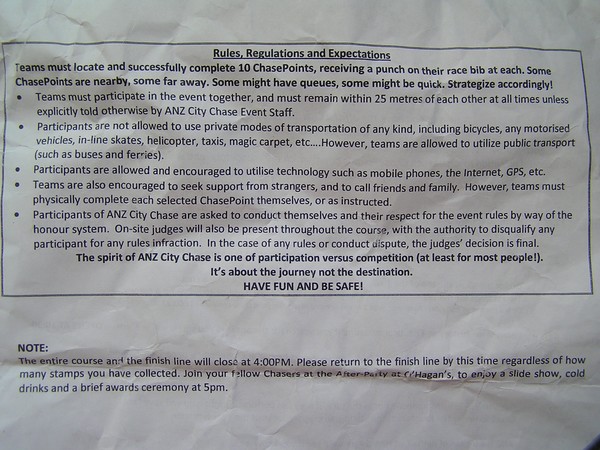 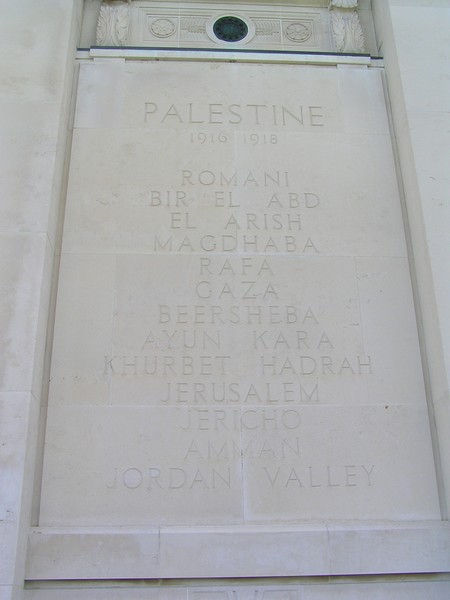 ANZ City Chase drew more than 300 teams yesterday into an adventure which ranged from the North Shore's Davenport to the Eastern Waterfront's Okahu Bay.

The event was the first in New Zealand and the 300 teams made it the largest first time event per capita for any counrty which has a City Chase event.  The winning team completed ten of the twenty chase points in 2hours and nine minutes.

As with many teams, and with our team, the winners had helpers at home helping out with clues and planning their course. The winners said their strategy to win was to work their way back in from the far Chase point.

Check out the photos at Magic Memories. (enter code "AC99")

I competed with my flatmate Tommy. We finished eighth in 2hours 39mins, half and hour behind the winning team. Our strategy was to comlete the event in the shortest possible route and try to take public transport or hitch lifts between the most spread out chase points.


We started by planning our course before we set out, which took about 20mins.

We then set off on foot about 2 km from the start before getting a fast forward from a ZM Black thunder to Ferg's kayaks in Okahu bay, where we had to race another team about 200m from shore and back on a kayak facing our team mate.

This event was amusing as we watched a couple of guys fall out of their kayak in the middle of the bay.
After completing our first chase point we crossed the road to the domain where Tommy had to kick a ball up-n-under style, with a blindfold on, to me.

After the first attempt and a short run leading the blind around a tree, Tommy put up a class kick and we had completed chase point two.

A short wait for a bus saw a team we had passed earlier catch up to us and join us for the next task.
Swimming a length of the Parnell baths herding blow up sheep was unusual, but simple enough, making for a short third chase point.

Getting to the fourth point took a decent climb up to Parnell Rd where at Heard Park we set about answering some questions about the ANZ Netball Champs and shooting some hoops.

It was then another consistent climb which saw us at the museum and toing and froing with another team which were also following a very similar route as us.

remembering ten names of battle grounds New Zealand soldiers had fought in was slightly difficult, but after a couple of reasonably short attempts we passed to make it half way to ten chase points.

next was a run to Gravity cafe in Mayoral Drive. This was a near mistake for us as we battled to find a very secluded cafe near Welesley st west. Making a coffee was not so hard, but the interpretation of what the froth looked like after was more abstract.

Our last four were all within a 1000m diameter of each other which made the finish a big sprint.

The cash grab was a short wait compared to the start where more than 20 teams were lined up to have a go, we had only three teams to wait on.

a short sprint to Britomart, a re consultation of the clue sheet and we found our selves singing a Golden Horse song with strangers to make it eight.

The Ice Bar next to the museum was next, a simple collection of ice cubes with the mouth and we were off to the tenth.

The tenth took a while to complete as we scoured the Maritime museum for clues to answer off a question sheet. Then it was a sprint of about 200 metres to the finish at O'Hagans pub.

In total our course was about 17km and we thing we ran about 10km of them, mostly up hill towards the museum.

Talking to all of the competitors afterwards was just as much of an experience as the race itself as each team revealed different stratagies which did and didn't work and how luck had shaped a par in everyones day.

While we stayed on the southern side of the harbour, many teams which did venture to the North enjoyed jumping off The Te Mana Naval frigate.

The day was great fun and a well organised event which I am already looking forward to next year.

NOTE: A special thanks to the two blonde beauties who shadowded us throughout the race. Thanks for the laughs and the moral support, hope to see you on the Hill. Better luck next time.

A map of our chase points is at the link below.

A few of the basic rules are below. For more info see www.anzcitychase.co.nz/nzrules.html

Travel
Teams must travel only by foot or approved local public transport - bus, ferry or train, and stay within 20m of each other at all times. Any and all other methods of transportation, including, but not limited to, any form of private transportation, car, taxi, skateboard, scooter, motorcycle, rollerblades, hang glider, magic carpet, camel and rickshaw are strictly prohibited.

Use of Support Crews

Teams are allowed to accept assistance from a friend, colleague, or family member who is not on the course. For example, a team could call a person stationed at a computer for assistance with directions to a ChasePoint location.

ChasePoint Cut-off Time
All ChasePoints will officially be closed at the 6 hour mark.