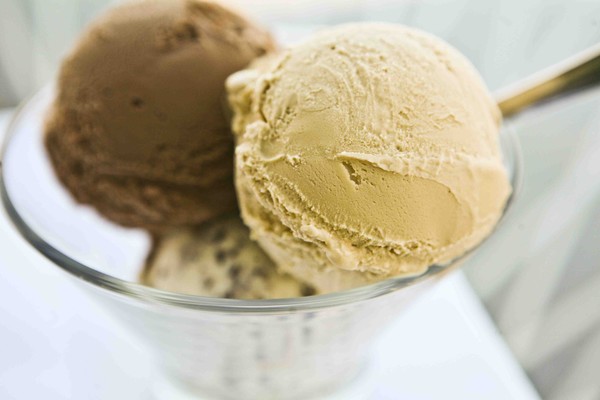 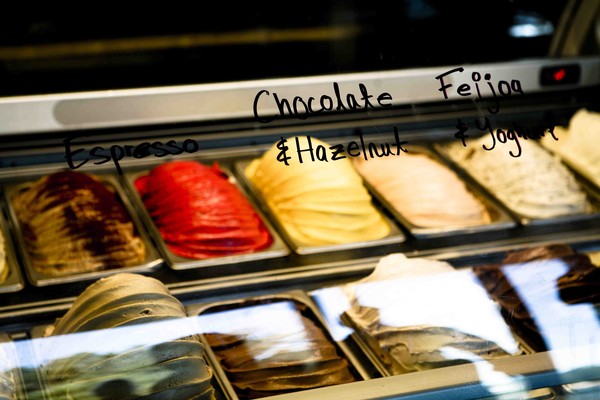 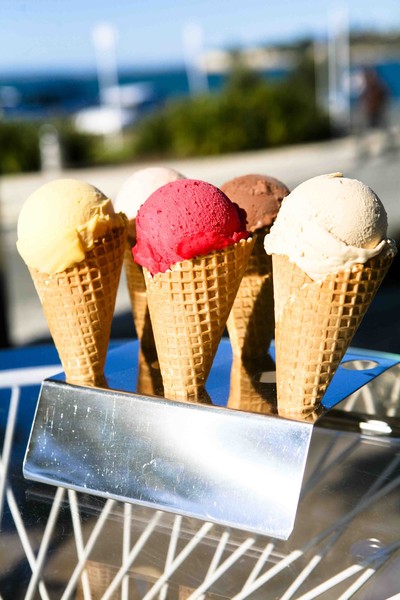 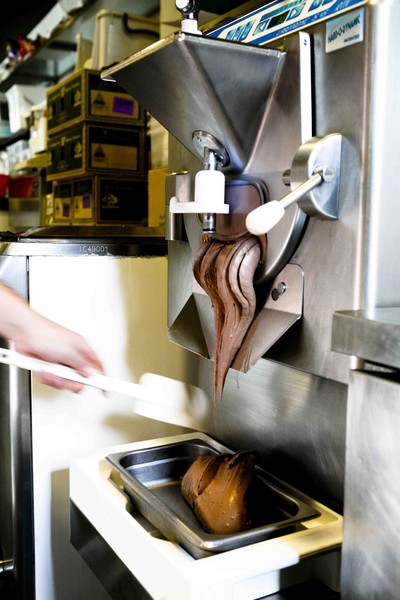 A little player in a highly competitive industry has scooped the 2009 New Zealand Ice Cream Supreme Award for its Licorice Gelato at the 13th New Zealand Ice Cream Awards announced in Palmerston North on 28th May. Takapuna Beach Café & Store, which makes all of its Gelato from scratch, on site, every day, has been slowly building up a devoted following who have recognised this delicacy for a quality product long before it was presented to the judging panel.

Owners, Scott Brown and Jackie Grant, did their research before even entering the kitchen. They travelled directly to the home of Gelato, Italy, only to find that the large majority of what was available was made through mass production using a paste base. The results were poor. Scott comments, “We had an expectation that we would discover the very best, as is often the case with Italian food. Our next step was Australia and we encountered exactly the same – we began to doubt artisan Gelato even existed. Until we met an Australian Gelato maker who provided us with insight and advice that set us on our own path to bring New Zealander’s the very best – because they deserve it!”

Head Chef Jo Pearson embraced the task of experimenting with both equipment and ingredients and it was not long before customers of the café were enjoying the tastes of up 16 flavours of Gelato and Sorbet with not an artificial paste, flavour, additive or preservative in sight.

Jackie says, “It may sounds clichéd, but this Gelato is made with passion, love, dedicated taste testing and an overriding ambition to be the best. On weekends we serve up to 2000 scoops of Gelato and we know its popularity is down to quality and flavour – the look on peoples faces says it all.”

New Zealander’s do have a weakness for ice cream, but one lick of the Gelato and Sorbets produced by Takapuna Beach Café & Store and you’ll be swayed. Every batch is consumed by customers between 48 and 72 hours after production. And if freshness wasn’t enough to tempt you - Gelato is half the fat content of ice cream and the sorbets are fat free. All are gluten free (except for Tiramisu) and sorbets are all dairy free and a great offering for vegans.

Kay McMath, Chief Judge comments, “This is the first time a Gelato has won the Supreme Award and it was described by all of us as near to perfect with its delicate aniseed type flavour and smooth creamy texture.”

Scott says, “It’s terrific that a small business can be acknowledged for a great product ahead of big corporate giants. The range is only available from our store, as it means we can guarantee quality, consistency and freshness, but we hope people will visit for what we now know to be the best Gelato and Sorbet in New Zealand!”

For more information on the Awards and the Café visit the following websites:
www.nzicecream.org.nz/awards.htm
www.takapunabeachcafe.co.nz

Takapuna Beach Cafe & Store is located at 22 The Promenade, Takapuna. Café is open seven days a week from 7am to 4pm. Store is open form 7am to 8pm.