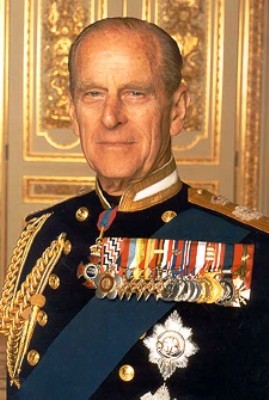 LONDON (AFP) - Prince Philip has taken a pot shot at supermarkets and second-home owners who he says are threatening the traditional village, in remarks published Wednesday.

In an interview with Shooting Times magazine, the notoriously straight-talking Duke of Edinburgh also blasted industrial farming methods, which produced cows with horns like a "hat-rack with an udder attached."

They also created the "bizarre" situation in which a bottle of milk costs less than a bottle of water, he said.

The 88-year-old husband of Queen Elizabeth II -- who has official residences in London, Windsor and Scotland as well as a vast portfolio of property -- lamented the demise of the quintessential English village.

"Villages used to have to be more or less self sufficient: they had a butcher, a baker, a shoemaker," he said. "Now that has all gone because of the way retailing is concentrated in big centres and multi-stores."

He complained that the huge increase in holiday home ownership, fuelled by a decade-long property and economic boom, at least until last year's global financial crisis, had changed the make-up of communities around the country.

"There has been a complete change in the population of the countryside," he added, quoted by the Daily Telegraph newspaper.

"The country villages have changed from the sense of being places where people who were associated with the countryside were living and now most of them are second homes occupied by commuters," he added.

Lamenting industrial agricultural methods, notably in dairy farming, he said: "They are constantly trying to produce cattle that will produce more milk and less cow -- like a hat-rack with an udder attached."

"They can?t really go on making such a travesty of an animal, there must be a limit to this. Even more ridiculous is the fact that milk is actually cheaper than bottled water. It seems quite bizarre to me."

Wading into the highly contentious issue of climate change, he stressed the impact of population increase on the production of greenhouse gases.

"People go on about this carbon footprint, but they fail to realise that the amount of carbon going into the atmosphere is entirely dependent on the number of people living on the earth," he said.