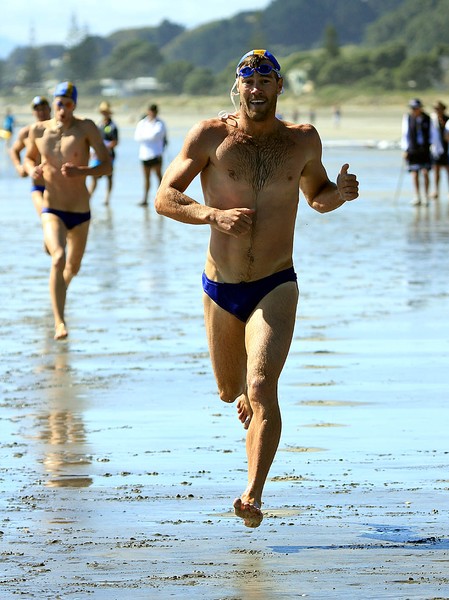 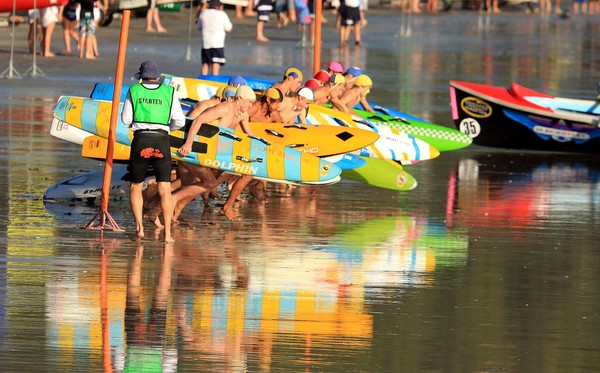 An under-16 board race heat gets underway at Ohope Beach. CREDIT: Surf Life Saving New Zealand 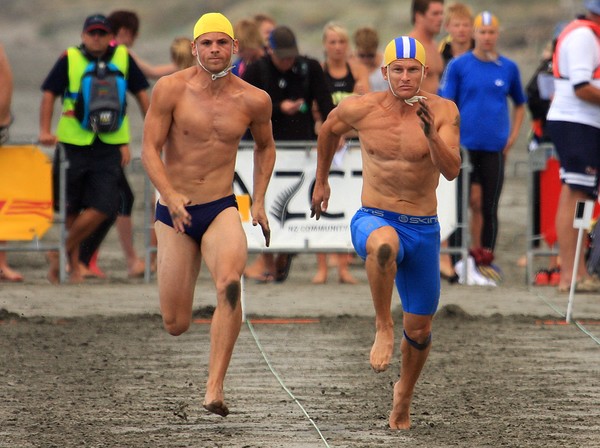 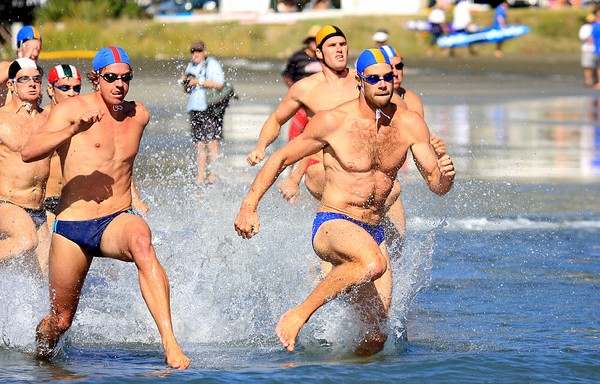 The old dogs dished out some new tricks on the first day of the NZCT Surf Life Saving championships in Whakatane today.

The 30-year-old’s run-swim-run success was his fifth at national level and his jubilation at standing on the podium with his young club rival was evident.

“It’s good to get one over him – Dylan’s probably the quickest swimmer in the field by far and the surf race might be a different story if it’s going to be flat like this,” Anderson said. “It was awesome to see Ayla win - I get more nervous when she’s racing than I am these days - and I was determined to back up and win the men’s race. Then when I turned around, I saw Dylan right behind me which was the icing on the cake.”

While the run-swim-run was Anderson’s 29th New Zealand open win, he didn’t have to wait long for his 30th, pairing with the younger Dunlop-Barrett late in the day to win the board rescue.

With a low tide at Ohope and gentle half-metre swells, the run-swim-run was decidedly light on the swimming discipline.

“My long legs definitely helped,” Ayla Dunlop-Barrett said. “It was ridiculous – the whole thing was just a wade and I did maybe 15 or 20 strokes and I was out at the first can.”

It was his fourth sprint win since his first in 1998 – he’s also chasing his 10th flags title on the beach tomorrow – and the Hamilton firefighter credited some secret training for his success.

“I grew up in South Brighton which is a hard beach and I’ve been sneaking over to Raglan as much as I can which has really given me an advantage,” Foster said.

“I’m pretty happy with that win and I’ll be adding another flags title tomorrow hopefully – that’s the plan.”

The women’s board rescue title was shared between Midway’s Maddie Boon and Lucy Gavin and Westshore’s Nikki Cox and Lydia Diver, after Midway grabbed a late wave and sprinted up the beach.

Ayla Dunlop-Barrett sealed a memorable day with a bronze in the board rescue, teaming with Jamie-Lee Reynolds.

Mount Maunganui have the early honours in the race for the Allan Gardner trophy for the top club at the nationals.