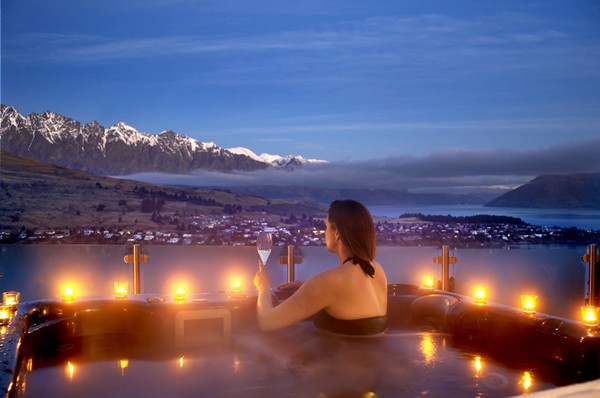 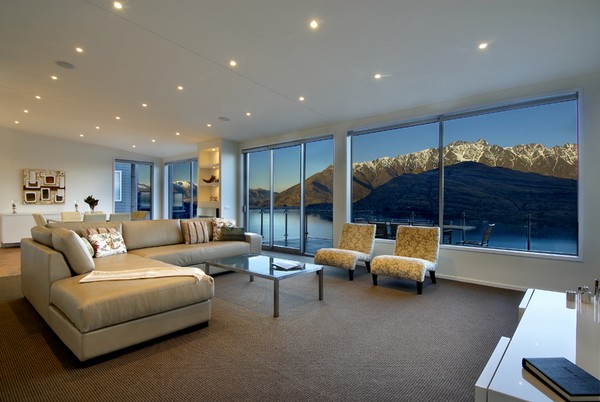 First adventure, then adrenalin, now world resort for everyone - Queenstown

What a different a decade makes. Ten years ago, Queenstown in New Zealand, was the adventure capital of the world, only to become became the adrenalin-junkies’ capital of the world. Today, the world-award winning alpine village with billion dollar views is the resort for everyone.


Queenstown has it all from vertigo biking, bungy jumping and G force paragliding to leisurely bush walks, the best golf courses, wine trails, and idyllic romantic lake cruises on the near 100 year old steamer SS Earnslaw.

Jet boating began here 50 years and bungy jumping was invented here. There’s a distinctive buzz about the streets with so many young people on an adrenalin-high.


Conde Nast Traveller magazine readers picked Queenstown as the third best destination in the Pacific Rim behind Sydney and Melbourne – but without the big city traffic and clutter.


I just had to go there in summer and see for myself. I booked into Bel Lago luxury villa, which was the best choice for several reasons: It had stunning panoramic views of Lake Wakatipu and amphitheatres of snow-capped mountains – such a majestic and romantic mix – and it had masses peaceful space to set up camp.


My villa oozed luxury, with well-appointed fittings thoughout. I felt totally relaxed. My villa hostess, Carmel Mills of Relax It’s Done, made me feel at home with her warmth and energy. I never wanted to leave, but Queenstown’s attractions beckoned.


As the sun slumped on my first lazy day, I soaked in the hot-tub sipping a chilled Rimu Grove chardonnay wine, wearing just a smile. I had to agree with all the Conde Nast readers from all over the world why Queenstown is one of the best destinations on the planet as I looked at the rosey coloured snow-capped peaks and glistening lake. Wearing just a smile, I thought The Bel Lago villa seemed one step away from paradise.


The next day I hit the fast lane for a taste of adventure for a 43km high speed jetboat thrill-a-second ride on the big yellow Kawarau Jet. This was adrenalin-addiction heaven, without jumping off a bridge on a bungy rope but exciting enough. It felt like the world was flashing before my eyes as we whizzed up and down the river and belted over the lake.


I stepped out feeling bullet-proof and headed to the Botswana Butchery – the finest of fine dining in town. To enter the restaurant you pull on a meat cleaver which is attached to the door like a door handle. The African beat pumps inside. A fire blazes and more meat clears on the wall to add to the branding. My waitress Stef from Brazil dished up Spanish style West Coast whitebait and salad, washed down by a tasty Camshorn Waipara riesling. Mmmm, this is the life.


Exhausted, I sprinted back to Bel Lago waddled along the lakeside a few minutes back to my base haven Bel Lago villa to ponder what to enjoy next. Then I heard the Earnslaw steamer sailing back to Steamer Wharf. Time to take stock tomorrow.


On my last day I tour the town’s string of art galleries Toi o Tahuna and Artbay the best of them.

Paragliders appear out of the air all day landing on a field close to town. Every second shop is something to eat or drink, a tourist outlet to go wild on fuel-injected action like heli-biking, skydiving, rafting, hang gliding, heli-hiking, parasailing, jetboating, bungy jumping, canyon swinging, mountain biking, skiing, snowboarding, heli-skiing, quad biking and even river surfing. I feel giddy at the thought of any of them. People walk around in the latest active sportswear. I saw the irony in one thrill-seeking tourist operator having their Christmas office party at the sedate local croquet club.

The setting sun cast a pretty, rosy tint over the snow-capped Remarkables on my final night at Bel Lago. Few places match New Zealand's Southern Lakes district for raw and rugged beauty, which becomes all the more obvious in spring when the snow starts to melt. By parched summer, this resort destination was just as inviting in the heat as it is a Mecca in show party-winter.