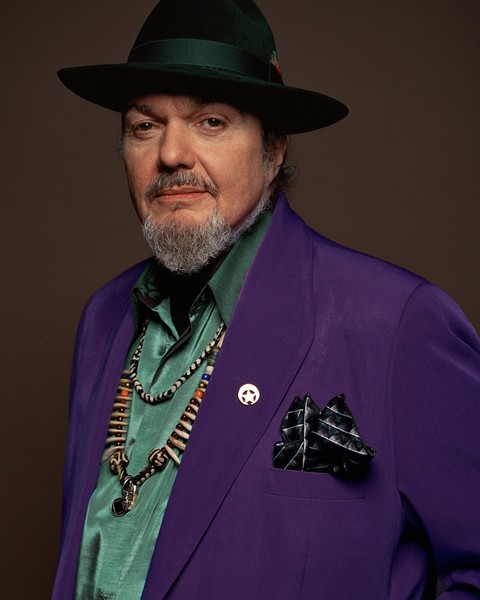 The paragon of Cajun rhythm and blues music, Dr John, plays one Auckland show on Wednesday April 7th in the beautiful surrounds of The Civic in downtown Auckland.

Renowned for his own brand of “New Orleans voodoo music” and eccentric stage presence, this five time Grammy winner is set to take the stage accompanied by his band, The Lower 911.

The Lower 911 is comprised of some of New Orleans top players. One of its members, the formidable guitarist John Fohl, will be performing his solo set prior to the main event.
Introducing John Fohl:

Since his arrival in New Orleans in 1996, John Fohl has become one of the busiest guitarists anywhere. He's released two records, 1998's I Got News For You and this year's Time Ain't Waitin', and is cultivating a successful solo career that keeps him in demand locally and abroad. Both recordings feature John's formidable acoustic guitar skills and rich, soulful voice in an intimate setting with some special guests sitting in. This Montana native's ten years spent in the musically vibrant Pacific Northwest found him recording and touring with many of that region's most successful acts as well. His work with the Cherry Poppin' Daddies helped their "Zoot Suit Riot" CD sell more than 1 million units earning John a platinum record in 1998! Twenty years in the music business has also found him backing up artists such as Bo Diddly and Joe Huston, and he's appeared on recordings alongside Clarence "Gatemouth" Brown, Henry Vestine, and David Douce and of course working with Dr John! www.myspace.com/johnfohl