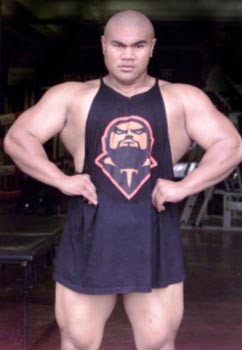 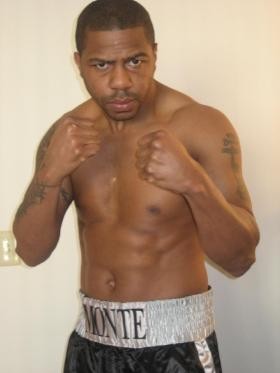 On Saturday July 17th, Star Boxing returns to the Tropicana Casino and Resort in Atlantic City, NJ with a sizzling heavyweight showdown, when David Tua (51- 3-1, 43 KO's) squares off against and Monte "Two Gunz" Barrett (34-9, 20 KO's) in what is expected to be an all-out war of heavy-hitting, former world title challengers.

"We had great success with our show at the Tropicana back in March and we are expecting an even greater event this summer featuring this can't miss heavyweight showdown," stated Joe DeGuardia, CEO of Star Boxing. "With David and Monte you have two heavyweights who both are going to leave everything they have in the ring. Both of these guys have very heavy hands, and will look to trade big shots from the moment that bell sounds to start round one. Anytime you have two guys of this nature going toe-to- toe, you just know you are in for a special treat. I am looking forward to fistic fireworks at the Tropicana on the Atlantic City boardwalk come July 17th."

The heavy-handed Tua (WBO #2), who is promoted by Cedric Kushner’s Gotham Boxing, is unbeaten in his last fourteen contests since dropping a decision to former IBF heavyweight champion Chris Byrd in 2001. Tua is one of the most dynamic punchers in heavyweight history, holding knockout victories over former heavyweight champions, John Ruiz (KO1), Oleg Maskaev (TKO11), Hasim Rahman (TKO10), and Michael Moorer (KO1).

After two-year hiatus from the ring, Tua returned in October of 2009, in his home country of New Zealand, to blow out fellow New Zealander Shane Cameron (23-1, 20 KO's) in the 2nd round, picking up the WBO Asia Pacific heavyweight title, and WBO Oriental heavyweight title in the process. In his last outing in March of this year, Tua won a dominating twelve round unanimous decision over perennial heavyweight contender, Friday Ahunanya. Tua is hoping a win over Barrett sets himself up for another crack at the heavyweight championship.

Barrett, who holds victories over previously unbeaten contenders and Owen Beck (24-0), Dominick Guinn (24-0), as well as Tye Fields (41-1), is looking to get back into the win column after suffering a hard fought decision loss to highly regarded Russian prospect Alexander Ustinov (20-0, 16 KO's) in December of last year.

Maori Television will have exclusive live free to air coverage of the Tua v Barrett fight, check www.maoritelevision.com for details.