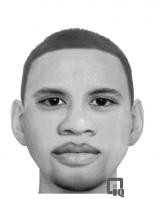 Officers in Auckland City's Adult Sexual Assault Team want information from anyone who may have witnessed an attack on a young woman near Bowen Ave and Princes St at about 1.40am on Thursday, August 30, 2007.

The 19 year-old was walking up Bowen Avenue towards Princes St when she was pulled into the bushes in Albert Park by a man who then sexually assaulted her. She managed to escape from her attacker and ran out onto Bowen Avenue and up to Princes St where she met two friends who accompanied her to a medical centre.

She's described the offender as Maori or Polynesian, about 25 years old and of medium build. He stands about 5'6" and has a "number one" haircut, though he did have some stubble on his face. He was wearing a blue or black jacket with dull yellow flannel lining and blue or black jeans.

Detective Sergeant Andy King, officer in charge of the Adult Sexual Assault Team based at Auckland Central Police Station, says it was an extremely serious assault.

"This young woman was innocently on a city street at night, on her way to meet some friends," Mr King says. "If it was not for her presence of mind and quick thinking, the consequences could have been far more serious.

"We have real concerns that this male may re-offend by preying on other women in the city, if he is not identified and apprehended soon."

Anyone who might have witnessed the attack or who recognises the man depicted in the compusketch attached should call 09 3026611.